un Projects is based on the unceded sovereign land and waters of the Wurundjeri and Boon Wurrung people of the Kulin Nation; we pay our respects to their Elders, past, present and emerging.
un Projects
⤛
un 7.1

Towards a positive cynicism 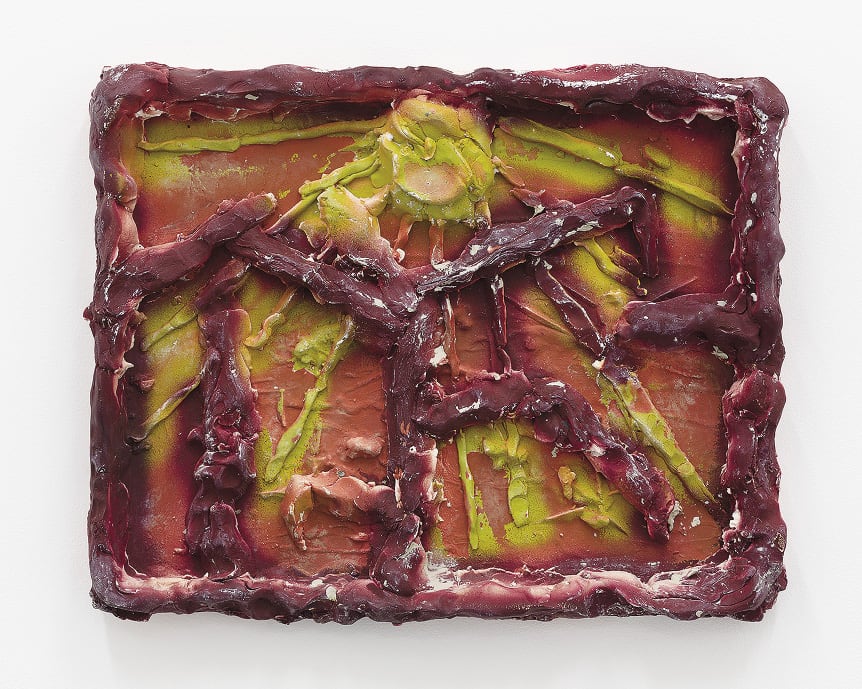 The late Giovanni Intra once wrote an article in the journal Art & Text about the contemporary Los Angeles sculptor Evan Holloway, telling a story about how the artist locked custom-made steel boxes over parking meters in the street outside his studio, with the title When Bad Attitude Becomes Form. The phrase has always struck a chord with me: besides being an awesome pun, one that pokes gentle fun at a classic conceptualist text, the phrase encapsulates the way a particular mindset might be instrumental towards both production and analysis. Bad attitudes come in a variety of forms, but none seem as ubiquitous as cynicism. Cynicism, to me, appears to be a linking point between art, politics and the practices of everyday life, as well as a useful concept for poking around the edges and connections between these fields. The theme of cynicism and its relation to contemporary art was taken up by Hal Foster, in The Return of the Real, in the chapter dealing with the ‘Pictures’ generation of New York artists in the 1980s and ’90s. This group shared a propensity towards the ‘glamour’ of surface, and used appropriation as cynical shortcut to a market-driven idea of success. Foster spends some time quoting Barbara Kruger’s critical writing, who argues that appropriation art acts as a vehicle for critiquing said appropriated material, an action of placing something under a microscope or cross-examining it. She writes:

On one hand, like ideology critique, appropriation art was concerned to question stereotypes, to contradict ‘the surety of our initial readings’, to expose the reality underneath the representation. On the other hand, like deconstruction, it was also concerned ‘to question ideas of competence, originality, authorship and property’, to contradict the surety of any reading, to expose reality as a representation.1

So, to paraphrase Kruger: her work reflects the unsure reality of a media-space, the virtual all encompassing shopping mall that makes up the contemporary experience of reality. A moment of pure synergy between image object and idea. Kruger is caught between the hidden depths of the meanings, psychosexual drives and animal urges, wallowing in the caverns and recesses of our reptile brains below; and above, the idealism inherent in advertising, notions of perfection in bodies and social roles of the slick image. The effect of all this is to be stuck on the surface, to have quick success and fast readings, all too ready to become a mass media branding strategy in and of itself. Her work plays out on the surface, the initial reading of this work as a critique has worn off and is now a celebration of the desire to construct yourself out of your purchasing decisions. Kruger admits that the problem of appropriation art is that it is, in fact, all about taste, down to the artist and audience appreciating the choice of a long-loved thing from the past. The deconstructive analysis gives way to self-congratulatory enjoyment of nostalgia, which belies the conservative core of much appropriation art. Or, as German philosopher-type Peter Sloterdijk argues in his 1983 book Critique of Cynical Reason, like any good quick fix, the cynical gesture quickly becomes passé—after the initial shock of an action wears off, it will take something stronger next time, or it won’t work. So the next cynical artwork must be more detached, more calculated, or it won’t work, reverting back to nostalgia. Often a work that appears as strikingly new or awesome also appears as a sick joke or the height of bad taste. Through this lens, the art world appears as cynical pose-off arms race in so many aspects. Pandering to the market has become so extreme that conceptual asceticism has become a branding exercise, and appropriation strategies have quickly become a core part of personal branding for social networkers. As Boris Groys argues in whatever e-flux Journal it was,[^ ]it has become impossible now to tell the difference between a conceptual artist and a layperson by looking at their Facebook profile.2 The practice of artistic appropriation has grown into a different beast since Kruger’s pro-shopping affirmation. 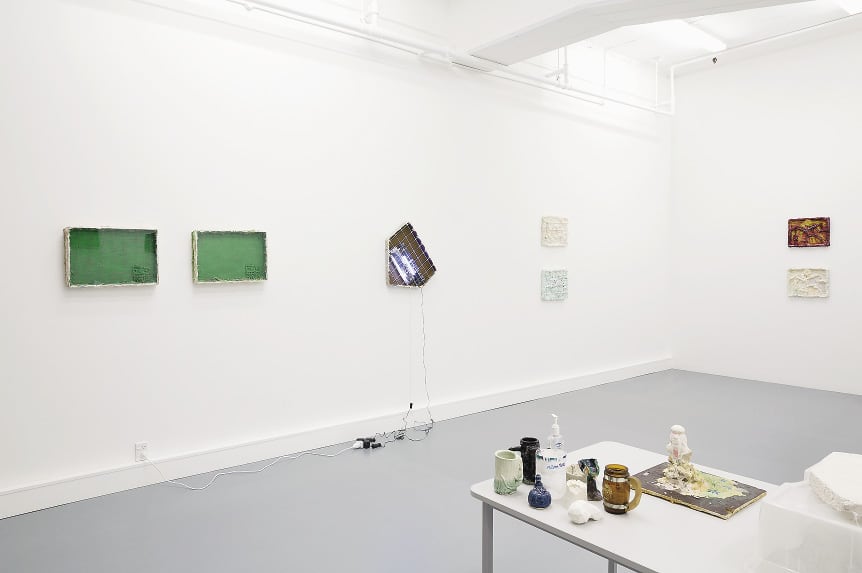 At times, my art-world mentors have discouraged any cynical tendencies in my work, often going so far as saying that insincerity is unfashionable now, because we have reached the ‘End of Irony’. This, I think, is hilarious, because it is suggests that sincerity can be just as cynical as detachment and can be turned on and off like a switch. That sincerity is a surface affectation, just as much as cynicism. At the very least, the emphasis on sincerity suggests that there is a continuum between earnest investment and cynical detachment always at play. Cynicism underpins the game-like structure of the art world—the artist ‘plays the game’ both in the social sense of ‘getting shows’ and impressing those who know and care. As well, the game-ification takes place in the decisions made during the production of the work. Previously, I mentioned the role of appropriation as a game-like short cut. Abstraction is another dear to my heart, the example of monochrome painting as ‘gaming’ the conventions of art production. Within the realm of politics, cynicism is definitely seen as a bad thing. No one will admit to it, but in recent years, especially at home for me here in New Zealand, honest and straightforward politics is a thing of the past. Politicians must now behave just like the plastic bag caught in the wind, which acts as a recurring metaphor for everyday life in the film American Beauty. The best example is probably someone like John Key, who has lied so much to the overly pliant media for so long, that a litany of 150-odd documentable untruths has been published on the Leftist website The Standard.3 Not surprisingly, he now refuses to answer any question without advance warning so he can figure out, in advance, how the new answer will square with the old one. It doesn’t seem to matter really, because of Key’s affable bogus everyman quality, and the mainstream media’s refusal to hold him accountable. In this ‘hall of mirrors’, the reality is that there is no reality, only illusion and button-pushing—game playing. The most obvious and famous example of this approach to politics has to be Republican presidency of George W. Bush, in particular, the blatantly fabricated reasoning behind the invasion of Iraq in 2003. Ron Suskind, a journalist for the New York Times Magazine, wrote an article titled ‘Faith, Certainty and the Presidency of George W. Bush’, relating advisor Karl Rove’s anecdote to the fundamental shift in the relationship between political discourse and reality, occurring around this time:

The aide said that guys like me were ‘in what we call the reality-based community,’ which he defined as people who ‘believe that solutions emerge from your judicious study of discernible reality.’ I nodded and murmured something about enlightenment principles and empiricism. He cut me off. ‘That’s not the way the world really works anymore’, he continued. ‘We’re an empire now, and when we act, we create our own reality. And while you’re studying that reality—judiciously, as you will—we’ll act again, creating other new realities, which you can study too, and that’s how things will sort out. We’re history’s actors… and you, all of you, will be left to just study what we do.’4

One can now say that politicians may a cynical attitude to governance and their people. As the post-Lacanian philosopher Slavoj Žižek argues in his short essay ‘Why the Cynics are Wrong’,

The position of the cynic is that he alone holds some piece of terrible, unvarnished wisdom. The paradigmatic cynic tells you privately, in a confidential low-key voice: ‘But don’t you get it that it is all really about (money/power/sex), that all high principles and values are just empty phrases which count for nothing?’ What the cynics don’t see is their own naivety, the naivety of their cynical wisdom that ignores the power of illusions.5

When you make an illusion for the purpose of getting something you want, what you get is not always in your control. It might escape, go viral. Or, you know, perhaps to landfill. Both groups depend on their ability to convince somebody else. The political liars are not involved in the pursuit of the truth, nor an understanding of the nature of reality, but rather an appealing image or narrative, which has the appearance of truth. Politics has entered into a phase of advanced postmodernism, a kind of abject idealism of the surface. The problem of the ‘lie’ or the ‘illusion’, is that it implies there is something other than truth, an underlying reality—it’s this that the cynic claims does not exist. Politics is more satisfying to follow than art journalism because there is so much more of it. It’s more instant, and the plays are analysed to find out who won and lost. As an aside, this analysis rarely appears to have much effect on the nature of the decisions made. Things stay the same or get worse—the political logic of our time as evolution and entropy. All these values are ambivalent, especially evolution, which we generally think of as making things better. This is incorrect—things survive and innovation is about surviving rather than improving. In this environment it has been awesome to witness the local emergence of political satire. Probably the most notable example is the recent thecivilian.co.nz, but one might also look to occasional bouts of satire on the political blogs dimpost.wordpress.com and imperatorfish.blogspot.com. I really liked watching Stephen Colbert interview Jeff Koons a couple of months ago. One moment made it apparent that both parties operate from behind impenetrable shields—their tightly constructed personas. When Koons coos softly that ‘Art happens inside you—the art is your sense of potential as a person’, I get the idea that he uses cynicism as a tool to shift the problem from having to think ‘what makes a good artwork?’ into more of a question: ‘how do I want you to feel?’.^6 And, from there, into the realm of manipulating the viewer, giving a sense of how cynicism might be harnessed within a practice; a distance allowing one to see the whole picture and to make the tactical move that takes advantage of the situation. Cynicism can be an extremely productive attitude, a kind of zen, a pro-energy hilariousness evolving from detachment (is this what Jeff Koons means when he says ‘stop judging things’?). Actually, cynicism is a highly sought-after quality in the current economy. The quality of doing what it takes to get something done: to say that cynicism lies beneath the neoliberal mantra of valuing entrepreneurial innovation. However, this is not also to say that it’s not an evil and distorting force, but cynicism and the lesson to be learnt from satire is that you can’t beat a liar by telling the truth, but you can by making their real statement appear as joke. Cynicism will always be an issue. Whether you’re sincere or not, you better get used to it.