un Projects is based on the unceded sovereign land and waters of the Wurundjeri and Boon Wurrung people of the Kulin Nation; we pay our respects to their Elders, past, present and emerging.
un Projects
⤟
un 4.2 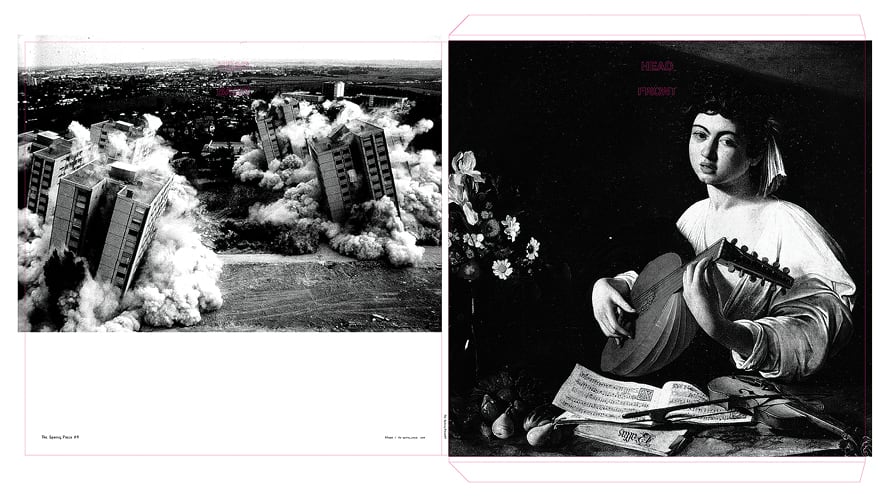 Ambianxe is yet another affirmation of Marco Fusinato’s situation as an artist within the context of the technologised global society. Albeit acting within the marginal economical form of the limited vinyl LP, this embrace of an older form of distribution reinstates the pleasure of the record as tactual commodity and disengages from the trend toward the virtual commodification of music. What Fusinato presents is a 180 gram mediated artefact of freely unmediated sonic materiality.

Presenting a language spanning sublime Hijokaidan post-conceptualism, residual noise, and an ambience of ambivalent acoustics, Ambianxe represents the context of harsh noise releases as a glitch within the laws of sound ecology. Just as Fusinato exploits the hyper-realities of visual media (Parallel Collisions 2008), the language of noise translates as a parallel act of sublime vandalism.

Desecration of the note, tone and timbre of the guitar purposefully undermines the instrument’s iconography as a phallic avatar of Americana. The cover image of Ambianxe, Caravaggio’s The Lute Player (1595–96), reaches further into the instrument’s past incarnations as a symbol of youth, class and virtuosity. The electrical signal manipulated from the guitar pick-up exploits the laws of its own system — very much akin to Fusinato’s recent use of Xerox and copying techniques to blow-up existing media. The subtle harmonic tendencies of the Gibson Les Paul guitar are desecrated and remodelled into high-contrast tonalities; blown-out, imploded and choked. This combination of over-modulating, distorting and over-amplifying the signal presents new infinite possibilities between guitar and sound source.

Much in the style of Fusinato’s 2009 release Ripping Skies (No Fun Productions), all this may surprise a record buyer stumbling upon it by chance. The sleeve gives no pre-conceived notion of what you are about to hear, with its reproduction of The Lute Player on the front and an explosive media image of a falling housing estate on the back. The vinyl record itself is left completely void of information. Aside from the A- and B-sides etched into the acetate and imprinted into the virgin black vinyl by the manufacturer, there is no discernable evidence of an artist’s hand. Within a visual art context this may not be surprising, although alongside a rack of 12-inch records endeavouring to present their own status and uniqueness, Ambianxe presents a subversive anonymity.

Fusinato has identified the Lacanian -jouissance that runs concurrent within the anomalous post-Cagean world. In listening we are lifted from the day-to-day noises of society and repositioned into an analytical and intimate, yet sublime space, questioning the tactile sensation of sweeping frequencies and deciphering seemingly formless sound structures. Put to a test of sensual assault and dropped into a pit of unrecognisable, distorted crunch, one finds oneself barred from the recognition and relief of the funky pop song or the false sense of security installed by the enveloping blanket of supermarket Muzak. Ambianxe may only be a mediated recording of such things, but the significant placing of such a record in the technocratic world of music production and distribution highlights the artist’s recognition of his place within global media, post-millennium.