un Projects is based on the unceded sovereign land and waters of the Wurundjeri and Boon Wurrung people of the Kulin Nation; we pay our respects to their Elders, past, present and emerging.
un Projects
ᗕ
un 9.2 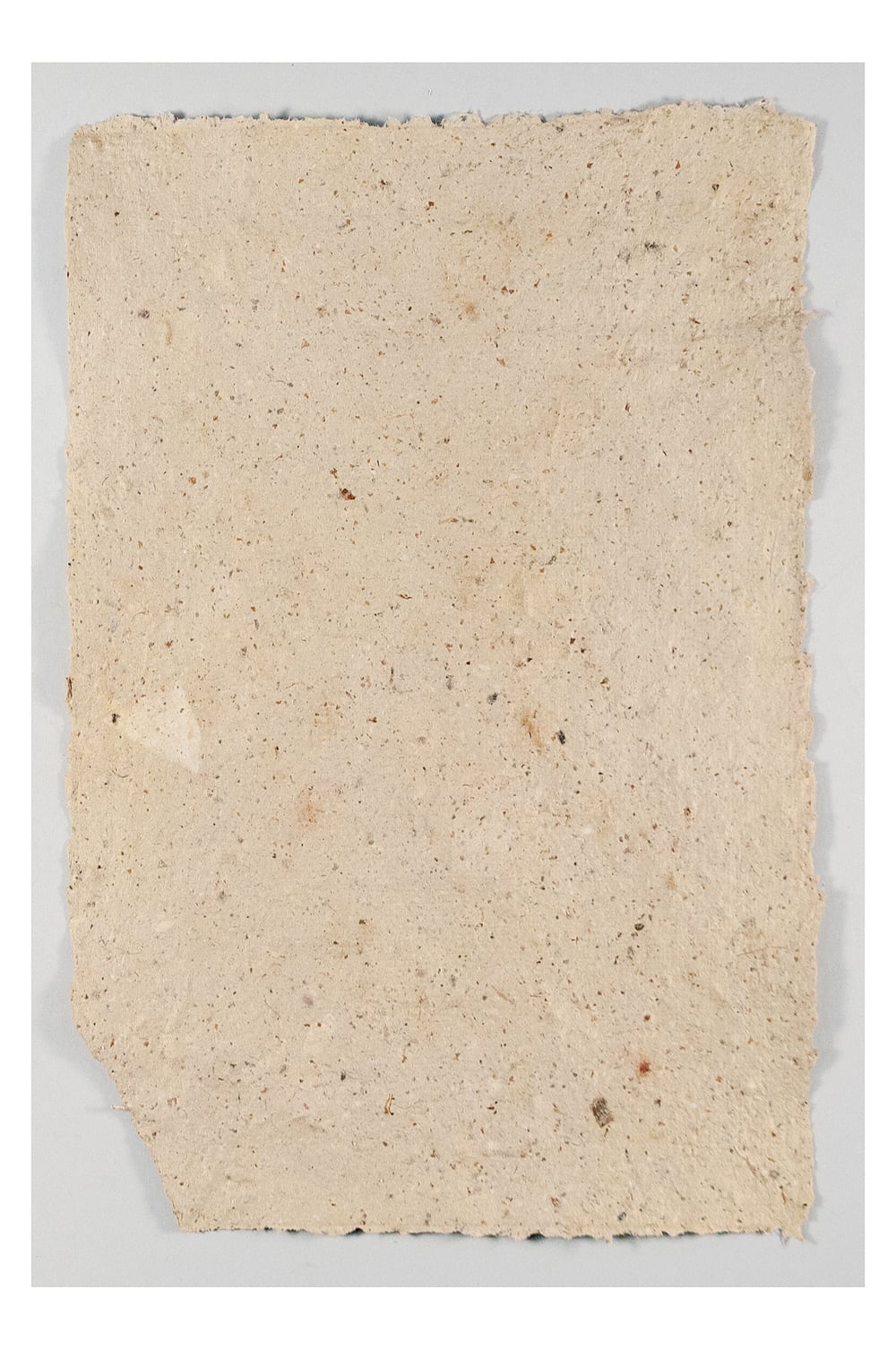 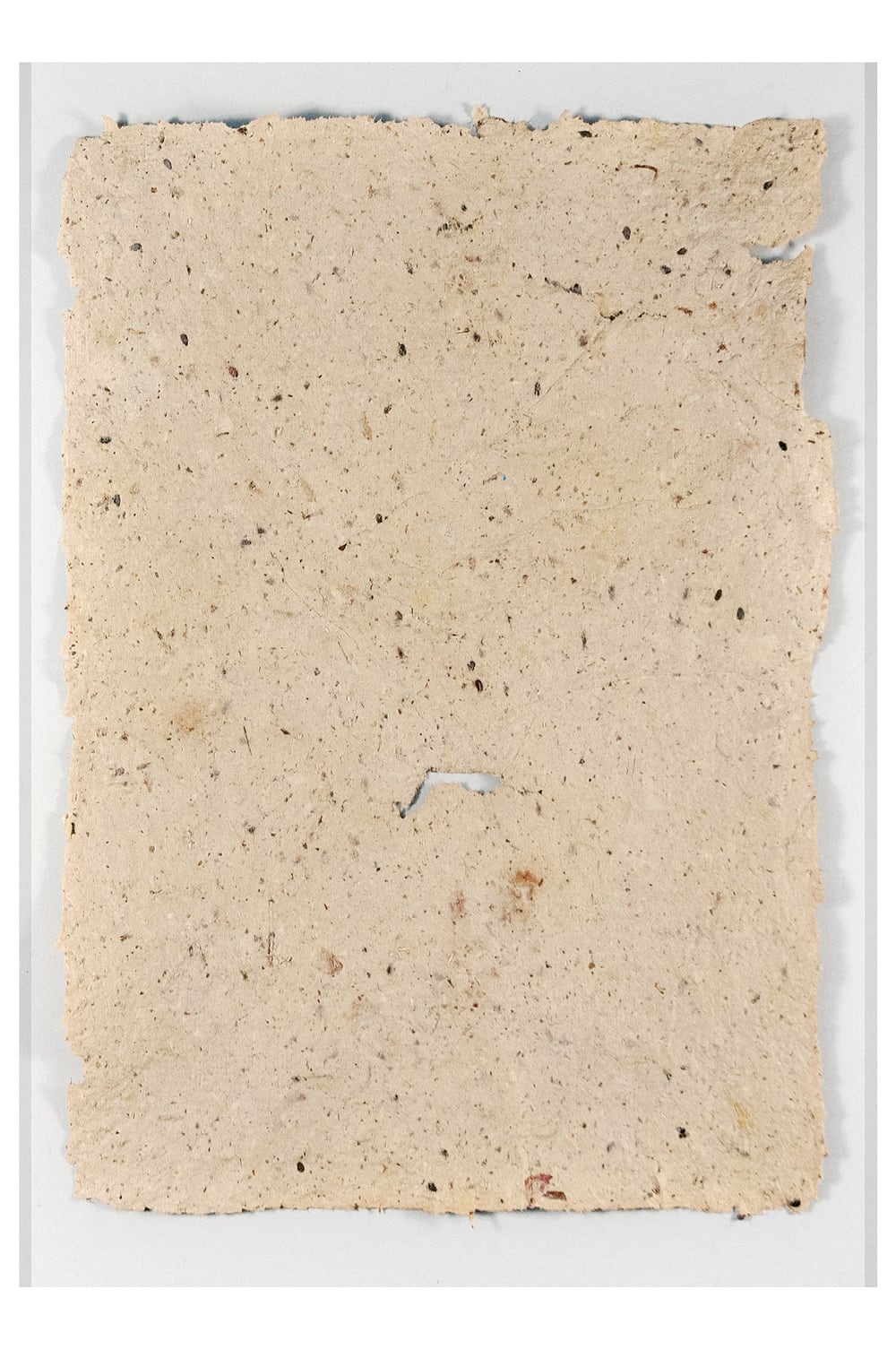 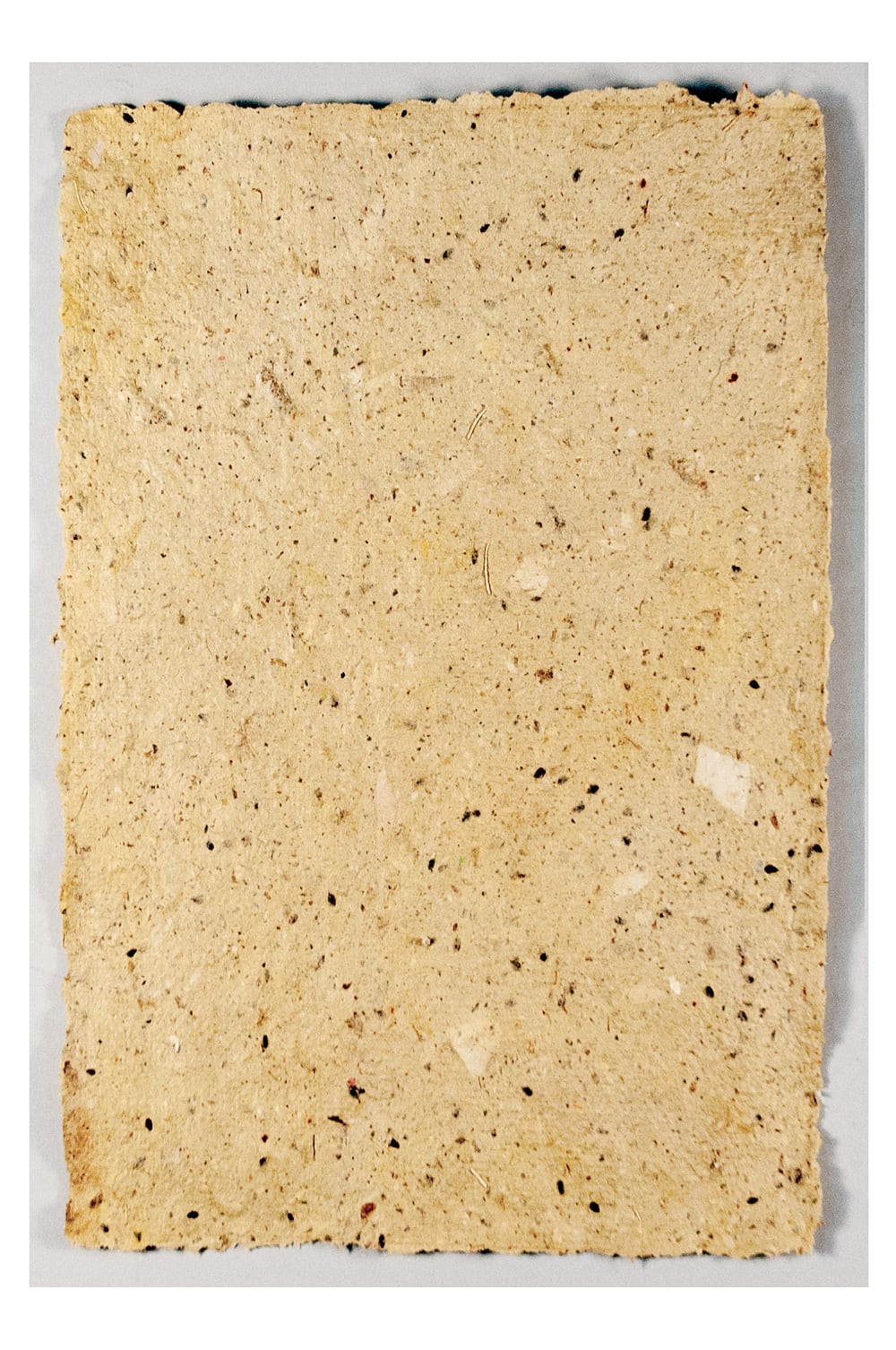 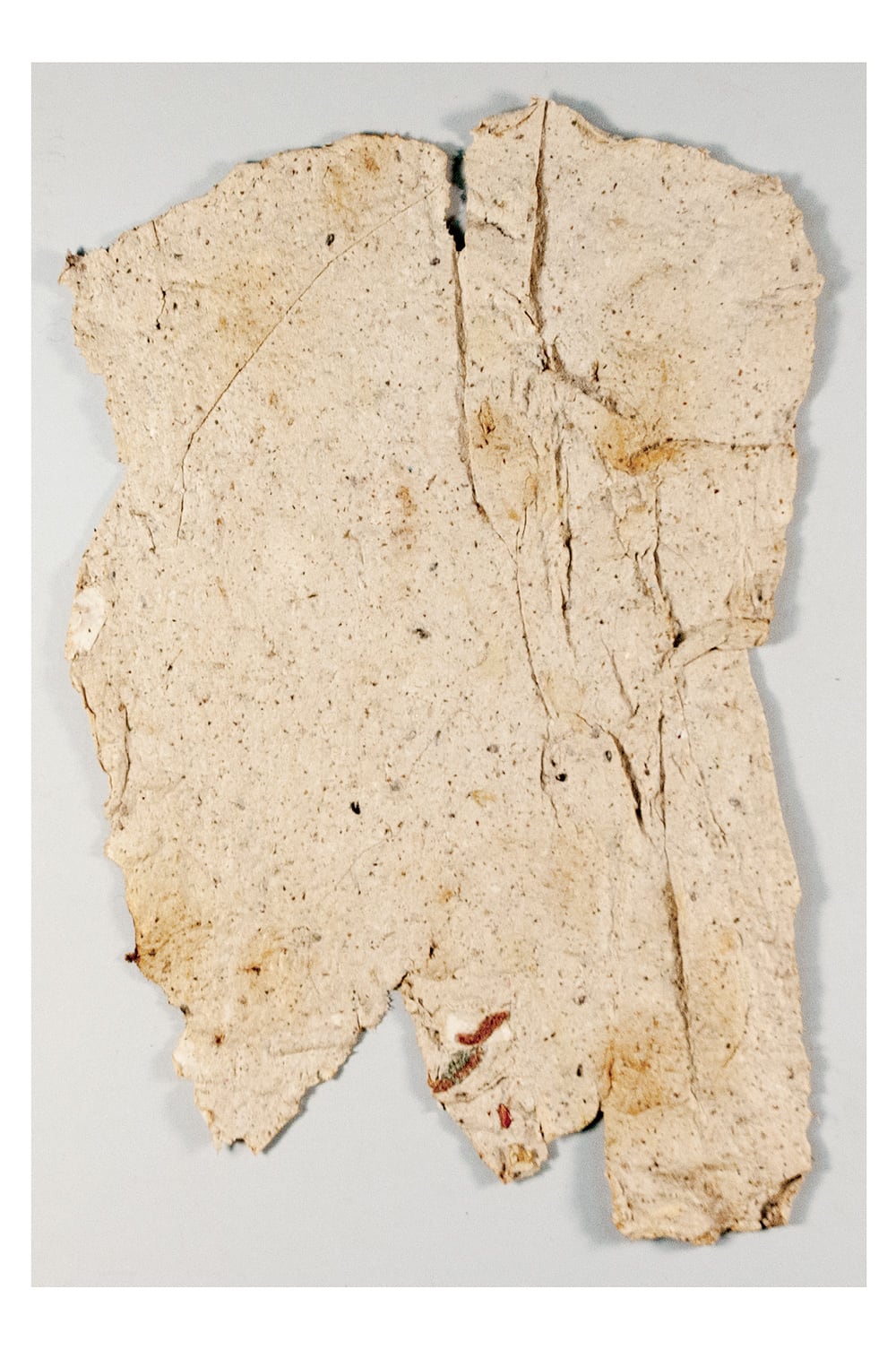 Packaging from one battery operated lint shaver from Daiso.

Rice paper from Daiso (for bonding paper fibres together).

Butcher’s paper from Dean’s Art, rolled into an A4 piece of scrap paper that lists woodwind instruments (also included).

A photocopy of an anti-eviction resistance pamphlet, on generic A4 printer paper.

A piece of gold tissue paper, found between Sydney Rd and Lygon St, in a shoebox.

Roses picked from West to East Brunswick gardens in the winter. Rose stems and leaves.

Weed flowers, found next to the footpath on Grantham Street. Tash gave a bunch to her boyfriend, “the most handsome man in Brunswick”, and he put one in his hair.

Fibres from a grey sweatband, found on the footpath.

Rind from half a lemon added to hot water to drink.

Pumice from Tower Hill, sandy water and an A4 piece of paper containing a quote by Ursula K. Le Guin. These three things had been sitting in a metal bucket for two months.

Newspaper placed on top of new seedlings to blanket them from frost. The newspaper contained an article about sunflowers.

Smoke and singed plastic from burnt out blender.