un Projects is based on the unceded sovereign land and waters of the Wurundjeri and Boon Wurrung people of the Kulin Nation; we pay our respects to their Elders, past, present and emerging.
un Projects
⤎
un 5.2

At the end of the exhibition Catching Trucks, a brief film clip played on a small screen located next to the reception desk. The scene was from Agnès Varda’s 2000 film The Gleaners and I which investigates contemporary gleaners; the people who sift through crops after the harvest and those who collect the detritus of everyday life. It showed Varda on the road ‘catching’ trucks in an aperture created by her thumb and index finger, commenting on the trucks that pass her and, in turn, trying to pass them. Varda describes her playful endeavour as being ‘like a child’s game’.

Featuring work by Sean Bailey, Peter Kennedy, Richard Maloy, Elizabeth Newman and Lisa Oppenheim, the exhibition related to the idea of gleaning, as each artist’s use of materials had a distinctly foraged feel. Richard Maloy’s Green Structure 2011, which filled the front gallery, was constructed from cardboard boxes, tape, staples and paint; Elizabeth Newman’s monolithic sculptures Untitled 2007/2011 were made from raw timber panels; and Sean Bailey’s 2-D constructions comprised boards, collage materials and acrylic. Images of sunsets sourced from the internet were held in front of actual sunsets in Lisa Oppenheim’s slideshow The Sun is Always Setting Somewhere Else 2006 and, similarly, Kennedy’s film Idea Demonstrations 1972 utilised the artist’s own body, as well as other found materials and sounds.

There was something playfully engaging about this show. Maloy’s piece in particular, with its bright green form almost glowing through the front window of Gertrude Contemporary, invited pedestrians in from the street yet, through its volume, simultaneously prevented easy access into the room. While attempting to circle it, I became very aware of my physical presence in relation to the work: the narrow gap left between the work and the wall made it nearly impossible to walk around without touching the piece.1 Bailey’s works also drew the viewer in, encouraging close looking through their hint of a subject — a furry nose, a pair of legs, a game of cricket — but, at the same time, teasingly obscuring it through areas of thick, opaque paint.

Each of these works required participation of some sort. Maloy’s piece had to be circumnavigated to be viewed in its entirety (though, as discussed, this was not without difficulty), or else peered into through a small peephole near the gallery’s entrance, which offered a glimpse of the unpainted interior. Newman’s large works were traversed, entered and circled due to their prominent positioning in the centre of the main gallery and encouraged viewing from multiple standpoints, altering the space according to the vantage point. From one angle they obscured its exits and from another they framed Bailey’s works on the wall. Kennedy’s clips encouraged active looking, the subject often ambiguous or obscured, and Oppenheim’s slideshow required some reading on the part of the viewer in order to gain a deeper understanding. The didactic material indicated that the slides aligned sunsets from Iraq taken by US soldiers with Oppenheim’s own images of New York, adding a political dimension to the work which was not immediately apparent. 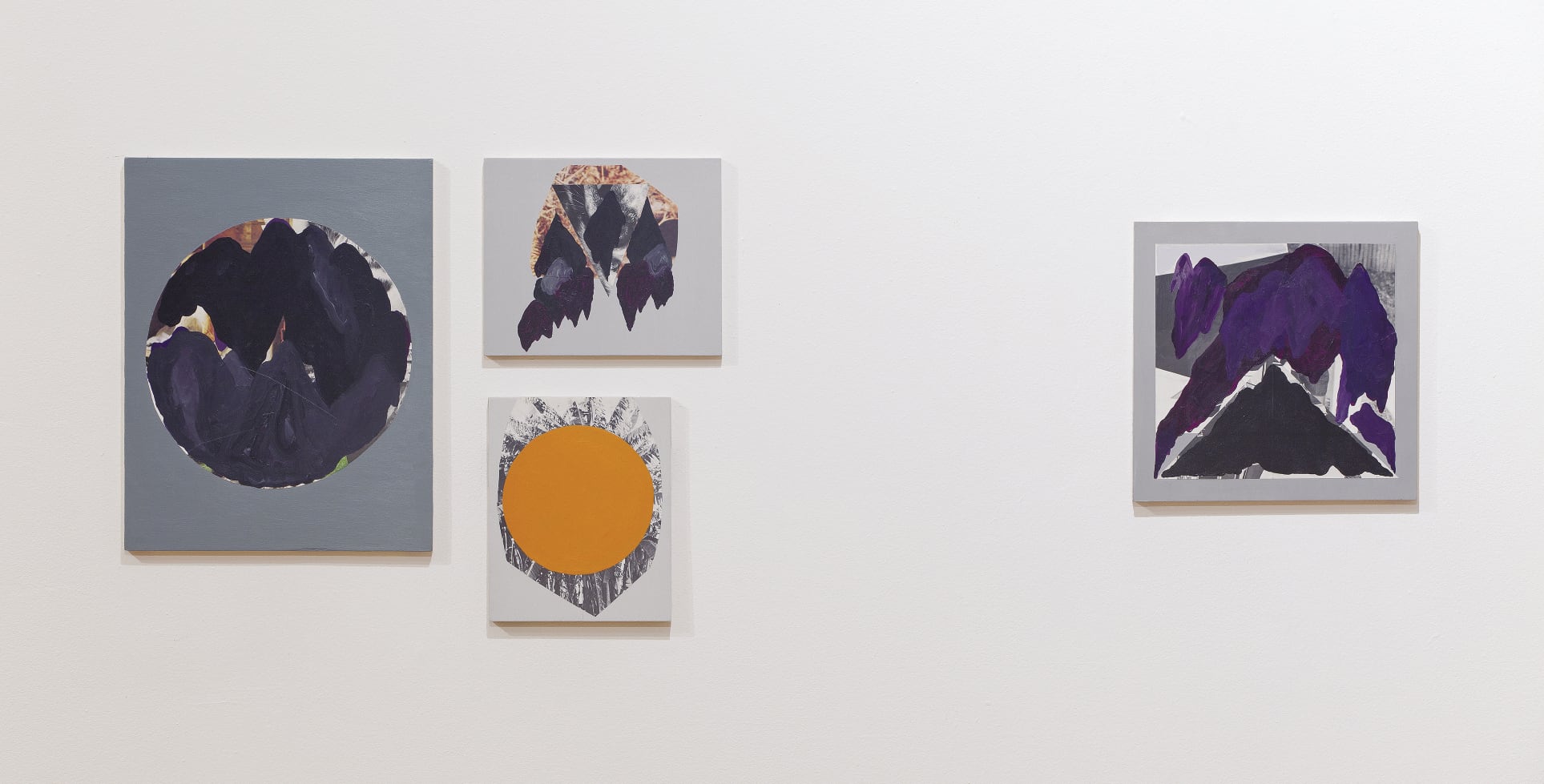 Gleaning can also describe the act of learning, discovering or finding out, usually little by little or slowly, and this seemed appropriate to the way that Oppenheim’s slideshow — and indeed the entire exhibition — was experienced. Information was available at certain points, adding depth and layers of meaning, but had to be actively sought. This idea of spectatorship as an active rather than passive activity has been explored by many artists in recent decades through work which — often with a political motivation — addresses and involves the viewer.2 Kennedy and Oppenheim’s works could be viewed in this light, yet the political angle of each was somewhat obscured by their playful execution, as well as the light-hearted feel of the exhibition itself.

A more flippant and less challenging approach was apparent in Maloy and Bailey’s contributions, with their bright colours and home-made aesthetic evoking a strong sense of play. It was in this playful sensibility that the strength of the exhibition could be found. While much contemporary art risks alienating its public by being inaccessible, too dry or challenging, in this context even the more political works were extremely engaging. By revealing just enough to intrigue, they captured the audience and drew them in. Participation was encouraged but it was fun and enjoyable, as opposed to hard work, and this seemed entirely appropriate for an exhibition whose name is derived from a childhood game. The subtitled narrative accompanying Varda’s clip expresses this light hearted tone:

Again one hand filming the other hand, and more trucks.
I’d like to capture them.
To retain things passing?
No, just to play.

Miri Hirschfeld works at Australian Centre for the Moving Image (ACMI) and studied at the Courtauld Institute of Art in London.