un Projects is based on the unceded sovereign land and waters of the Wurundjeri and Boon Wurrung people of the Kulin Nation; we pay our respects to their Elders, past, present and emerging.
un Projects
⥷
un 5.2 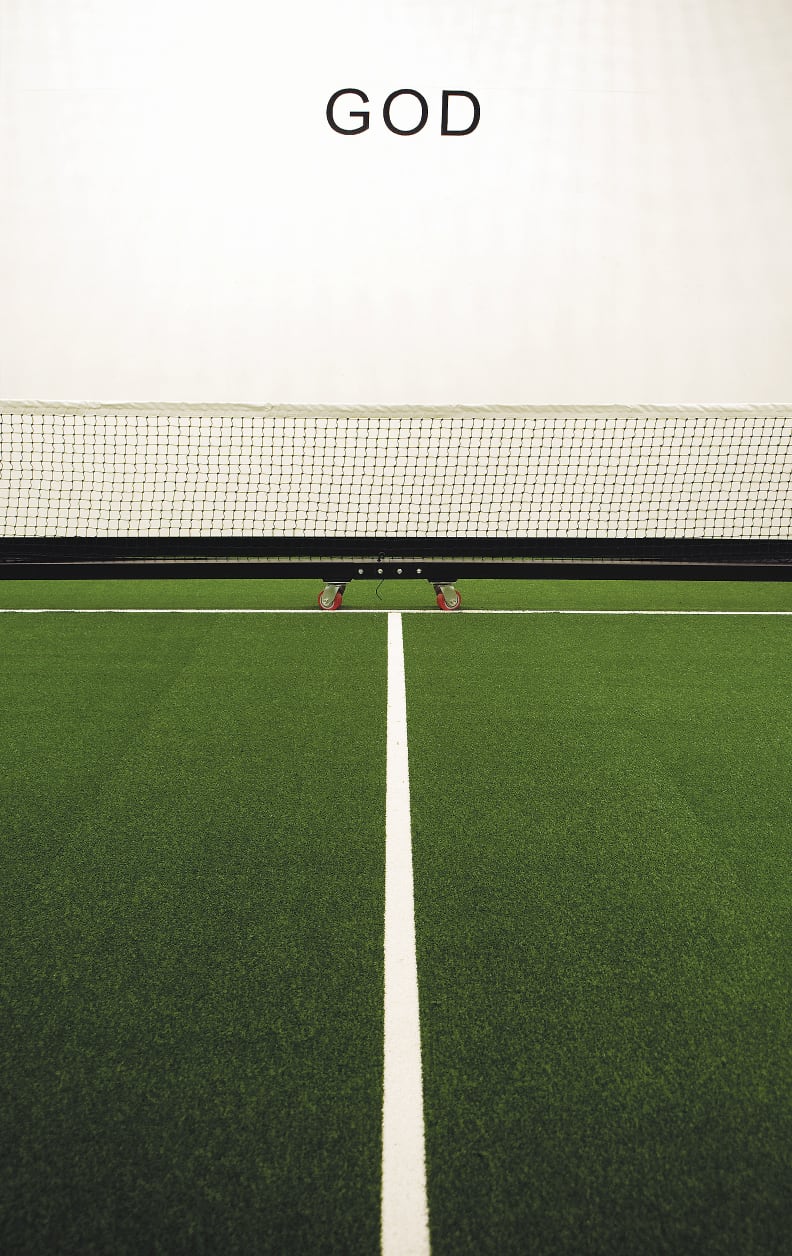 Mis-Design was an expansive, multi-layered project with exhibitions occupying the Ian Potter Museum of Art as well as off-site venues such as the McDonald’s car park, Collingwood, and the Alphaville clothing store on Brunswick Street. Curated by Grace McQuilten, Mis-Design ‘map[ped] the potential for critical artistic practice in an environment marked by the design of commodities … and examine[d] the relationship between art and design within the context of the commodification of art’.1 With projects such as Shelter by the Slow Art Collective (Tony Adams, Chaco Kato, Ash Keating and Dylan Martorell), Adam Kalkin’s Tennis Academy and Andrea Zittel’s Smockshop Archive — a slow fashion affront to notions of trend and choice within the fashion industry — Mis-Design was a reclamation of both conceptual and visual spaces, reinforcing art’s ability to confound and critique rather than being slowly ensconced within systems of commerce.

Shelter was embedded within the Collingwood McDonald’s car park — a space that, like many car parks, is foreboding, dark and dank. As built environments, they are constructed purely for the encasement and storage of the tools we utilise to move from point A to point B. And the bland, pre-fabricated concrete panels that frame this site lack any sense of monumentality. It is pure function over form, built to service the fast food consumer culture that permeates our society.

Rupturing this banal environment with its day-glow brightness, appropriated detritus and DIY aesthetic, Shelter read as an affront to its surroundings, its visual punch provoked a reaction in the spectator that was unexpectedly unnerving. The installation was situated in the bowels of the car park, underneath street level, on the central island of the in-use drive-thru lane. As a visitor, it felt like you had stumbled across a private domestic space made public. Documented and streamed live to the Ian Potter Museum of Art at the University of Melbourne, Shelter explored built spaces in their most rudimentary form, created out of necessity rather than want. Bright milk and bread crates, tin cans and reclaimed advertising placards were appropriated, emptied out of their original use value and haphazardly fashioned into a temporary shelter.

Visual nods to food brands littered the space, from familiar packaging to bright logos — branded accoutrements to our food consumption laid bare. As part of the embedded criticism of the mistreatment and societal disregard for the homeless in the work, the Slow Art Collective empathetically attempted to create a space with a sense of homeliness. A ragged mannequin lay in bed within a roomed-off section of the installation, with books on guerrilla gardening and the environment haphazardly strewn about. On opposite ends of the work, totem pole fountains referenced symbols of suburbia and festive fairy-lit clusters of bamboo were awkwardly positioned in front of a faux table setting made up of empty bottles and servings of wheatgrass. As the soundtrack of drive-thru orders echoed in the background, what became evident was that Shelter was a subversive insertion into the very site that fuelled its existence. It was a valuable and timely critique of contemporary consumption culture and the stratification and social disparities that it creates.

The intermingling of art with commerce was also a conceptual layer in Adam Kalkin’s wonderfully interactive work Adam Kalkin’s Tennis Academy (AKTA). Where Shelter was a subversive insertion, Kalkin’s work was about the act of creating moments of internal reflection through physical acts. Resplendent with tennis paraphernalia, sports branding and fake turf, an artificial tennis sports-scape was set up in the Ian Potter Museum of Art, allowing participants to explore their own physicality within the museum.

The academy was run by the amazingly intense (but lovely) ex-tennis professional Art Lockwood. As I warmed up with Art around the running track, he proceeded to tell me stories from his professional career. What emerged was a remarkable personal narrative, which framed the seismic shift of sport from an ultimate expression of the physical to a pursuit that is tainted by commercial interests. The participant’s experience of the work ultimately rested on the relationship that was formed with Art, however, his ability to become entirely focussed on the physical act was infectious. Tennis drills — which ranged from hitting balls into a wall emblazoned with the word ‘GOD’, to tiring volleying — were juxtaposed with a cacophony of primal drumbeats and guttural bellows, effectively rendering the act of tennis as conduit for the exploration of self. This convergence of physicality with the primal, along with Art’s intriguing personal history, created a work which proved to be an emphatic counterpoint to the heavily designed capitalist symbols that emblazoned the walls of this faux tennis stadium. Like Shelter, what AKTA resoundingly achieved was an undermining of commerce’s incessant ability to entrench itself within our private and public spaces.

Leon Goh is a freelance writer based in Melbourne.