un Projects is based on the unceded sovereign land and waters of the Wurundjeri and Boon Wurrung people of the Kulin Nation; we pay our respects to their Elders, past, present and emerging.
un Projects
⇐
un 5.2 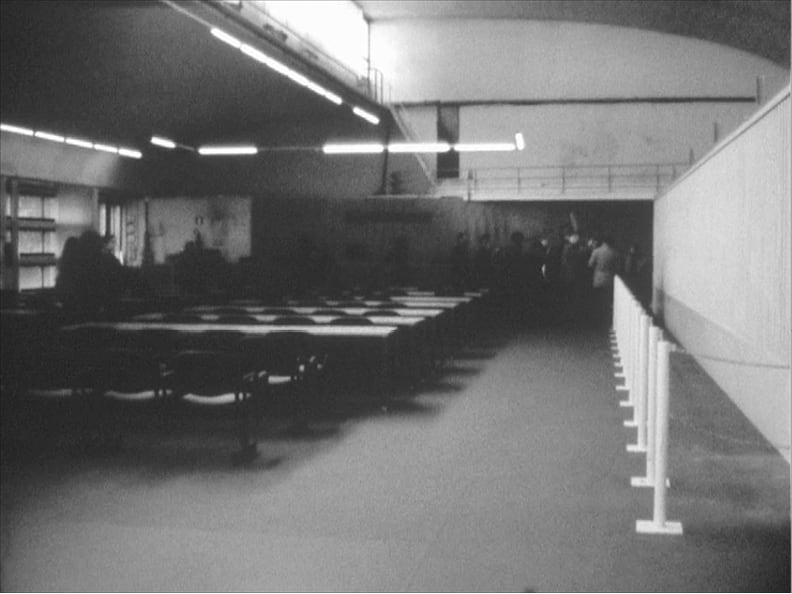 Rossella Biscotti is an Italian-born artist currently based in Amsterdam whose work reconsiders or revives histories that have been ‘swept under the carpet’; often censored by authorities interested in preserving an official public memory of a figure, event or period. In the following interview I ask Biscotti about her recent work focused on the infamous ‘7 April’ trial in Italy, in which she continues to engage with questions surrounding the processes of remembrance, commemoration and monumentalisation.

David Homewood : Your working method reminds me somewhat of the approach of Italian historian Carlo Ginzburg who, by constructing microscopic narratives that incorporate the seemingly inconspicuous facts of everyday life, seeks to challenge sweeping generalisations about historical periods. Beyond methodological similarities, you have also addressed related subject matter in your work: Ginzburg’s 1999 book The Judge and the Historian was written as a response to a perceived miscarriage of justice in the trial of his friend Adrian Sofri, a member of the radical left-wing group Lotta Continua. Your recent installation Il Processo [The Trial] 2010–11 focuses on a related series of trials from the same period of figures associated with Autonomia Operaia, another radical political organisation in Italy around the same time. To begin, would you be able to briefly describe your working method?

Rossella Biscotti : First of all, I want to clarify that I don’t work with events or issues that have recently occurred, but rather deal with historical events. Yet, at the same time, I don’t necessarily see the difference between many years ago and the present moment — I get actively involved in the historical period as it persists in the present — and, furthermore, I have always maintained an interest in a protagonist as a fictional device, if you can call it that. It’s a different kind of approach from Ginzburg in the sense that it’s not really historical; I’m not approaching historical data in the conventional historiographical way.

DH : So you’re trawling through information located in archives but not seeking to shape this information into any kind of historical narrative.

RB : Yes. I should add, however, that for me the archive is quite a concept that refers to a broad range of structures and practices. An important part of archival research extends to human interaction with witnesses, historians, librarians, etc. But whether I use sources that originate from a person or document, the whole background of my work involves prolonged confrontations with actual people who compiled archives or those who were directly or indirIl Processoectly involved in the events to which my works refer. Basically the first time I considered the subject of ** was in 2006. Since then I have worked with various contacts, broadening my network and trying to really collect as much information as possible from people who were tried inside, as well as information regarding the trial, the architectural history and structure of the courthouse.

DH : So what did this research strategy yield in Il Processo?

RB : So far the work has been recreated in three different versions. In the version created for the MAXXI Museum in Rome, I tried to graft the history of the trial onto the history of the art institution, positioning the metallic, unmistakeably contemporary MAXXI by Gerhard Schmidt into a relation with another building — the nearby courthouse, which was designed by the modernist architect [Luigi] Moretti. Originally used as a sports training centre, it was renovated in the 1970s and became a security courthouse for the trials; in particular, the trials of that period treating the terrorist problem. I sought to reconsider the so-called ‘7th of April’ trials of Autonomia Operaia in 1983–84. Defendants ranged from the philosophers Antonio Negri and Paolo Virno and other intellectuals, to various media figures and educators thought to be, in different ways, responsible — if not directly then somehow morally — for the surge in Leftist terrorism in Italy the previous decade. Inside the museum I installed a version of the original audio recording of the trial, edited to eight hours that corresponded to the opening hours of the museum in which the work was installed. 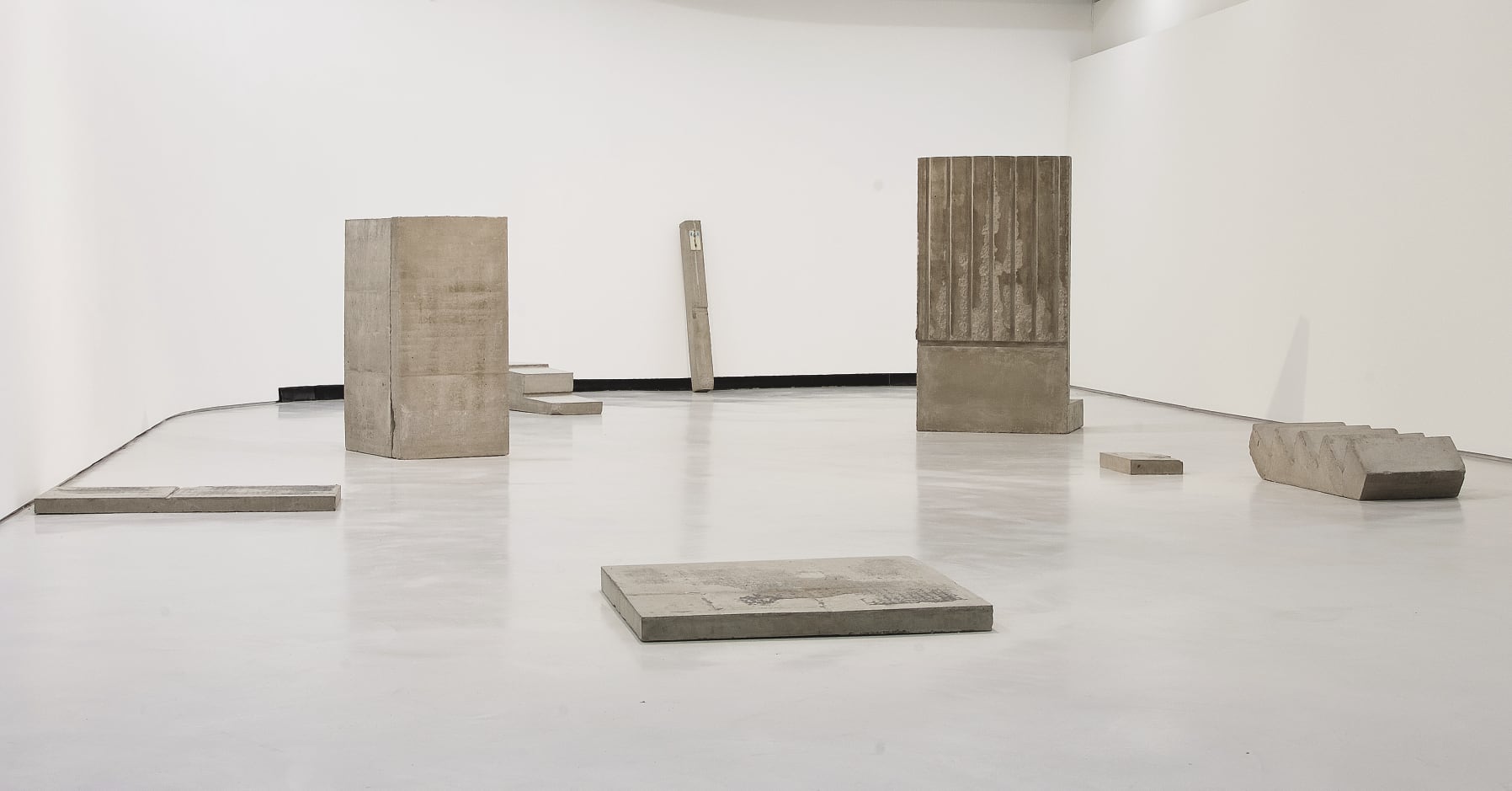 DH : What was the editing process? How did you go about reducing such a quantity of information down to the eight hours?

RB : Well, the trial lasted one and a half years. It was a matter of somehow reducing this information to eight hours; a process of narrowing. Quite a lot of work! I ultimately focused on the trial of Antonio Negri, who was initially accused of heading the terrorist organisation the Red Brigades and orchestrating several assassinations, including that of former Italian Prime Minister Aldo Moro in 1978. Although Negri was eventually cleared of his links with the Red Brigade, he was convicted of the controversial charge ‘association and insurrection against the state’ and sentenced to thirty years’ imprisonment. Negri’s trial was of particular interest because, you might say, it was a trial of an ideology — as a public figure, both philosopher and activist, Negri’s conviction was of great political importance to his opponents. RB : Yes, the conservative media were writing, talking, professing the supposed Italian insurrection — what was considered to have given rise to the wave of terrorism of the late 1970s. It was a strange trial because it was based primarily on documents and on books — things that were written or said; there weren’t so many facts being discussed.

DH : What did you hope to achieve by grafting the recording of the trial onto the material remnants of the building in which it was heard?

RB : At a practical level, my work serves a conservational function. The sculpture was made directly inside of the courthouse, which is about to be renovated so, actually, the original courthouse as it appeared in the 1970s is going to disappear. I made some negative castings of the building’s various interior details: the court microphone, the staircase that connects the derelict cells downstairs to the cages upstairs, the cells themselves, the podium where the president of the court sat and others. By compiling these fragments I was interested in using these sculptural objects — each with an indexical relationship to the trial’s history — as props to create a space which the spectator fills with a narrative through his or her own experience of what is seen, and, in turn, reconnects with pre-existing knowledge of the space and its history. As an Italian what you feel listening to the audio in the museum space, waiting and trying to listen, is some kind of reconfigured, affective engagement with the reassembled mnemonic or historical fragments.

David Homewood is a PhD candidate in art history at The University of Melbourne researching first-wave Australian conceptualist art.