un Projects is based on the unceded sovereign land and waters of the Wurundjeri and Boon Wurrung people of the Kulin Nation; we pay our respects to their Elders, past, present and emerging.
un Projects
⥖
un 5.2

Walking is not a Medium, it’s an Attitude 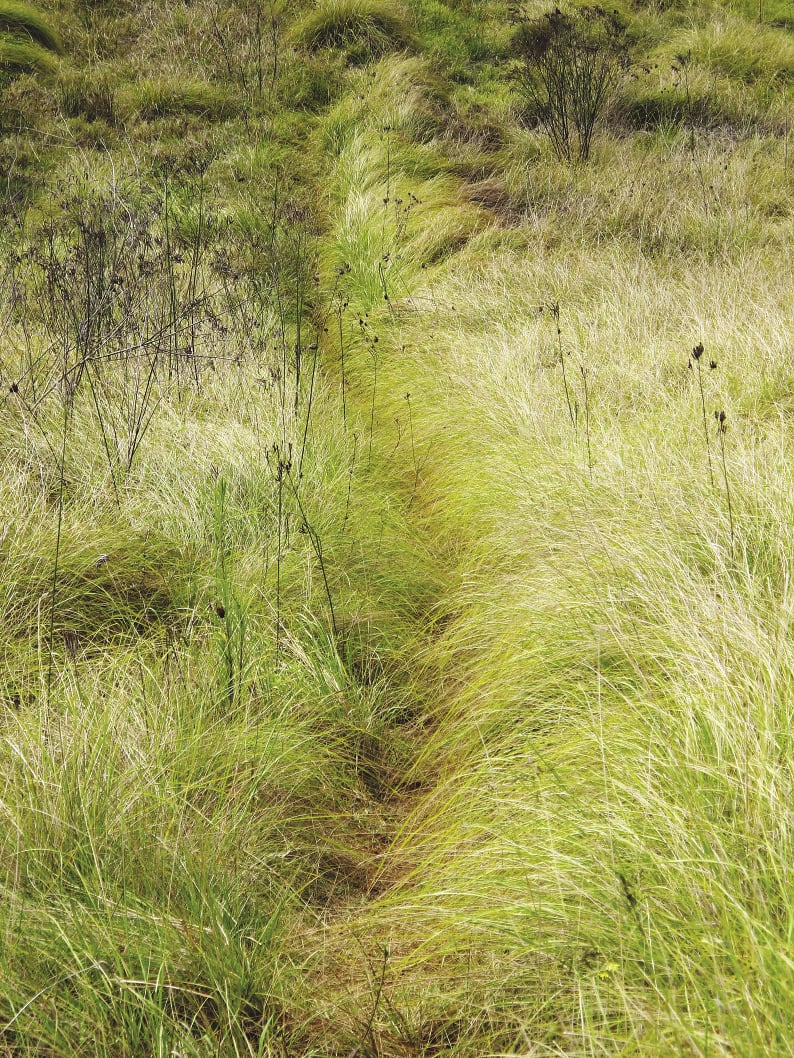 Walking is not a medium, it’s an attitude. To walk is a very immediate and handy way of interacting and eventually interfering within a given context.1 — Francis Alÿs

The practice of walking as a leisurely activity and not simply as an unavoidable mode of mobility and convenience is one that many of us take up. It can relax the mind and unravel the senses; the rhythm and speed of placing one foot in front of the other involves a simplicity that is easily romanticised. Walking also holds a history of agency and change; there is strength to the action as it relies only on the human form.

Walking has a long artistic tradition that stretches back to Baudelaire’s flâneur, a male bourgeois figure whose idle wanderings afforded him a view of the rise of the modern metropolis.2 This teleology stretches to the treks of Hamish Fulton, the land art of Richard Long and the Situationists’ dérive, an activity of disorientation in which participants would walk in order to lose themselves in the city. Casting an eye locally, Garry Trinh, Charlie Sofo and Sarah Rodigari are among a number of young artists taking up walking as a core part of their artistic practice. What do these artists find in the perambulatory act? In a culture that equates innovation and prestige with velocity, walking becomes an eloquent act of dissent, connecting with the ‘ethics of slowness’.3 If momentum is the primary measure of human advancement in a contemporary capitalist society, then walking’s gentle pace perhaps has the ability for us to readdress the values embedded in capitalism’s call to efficiency.^4 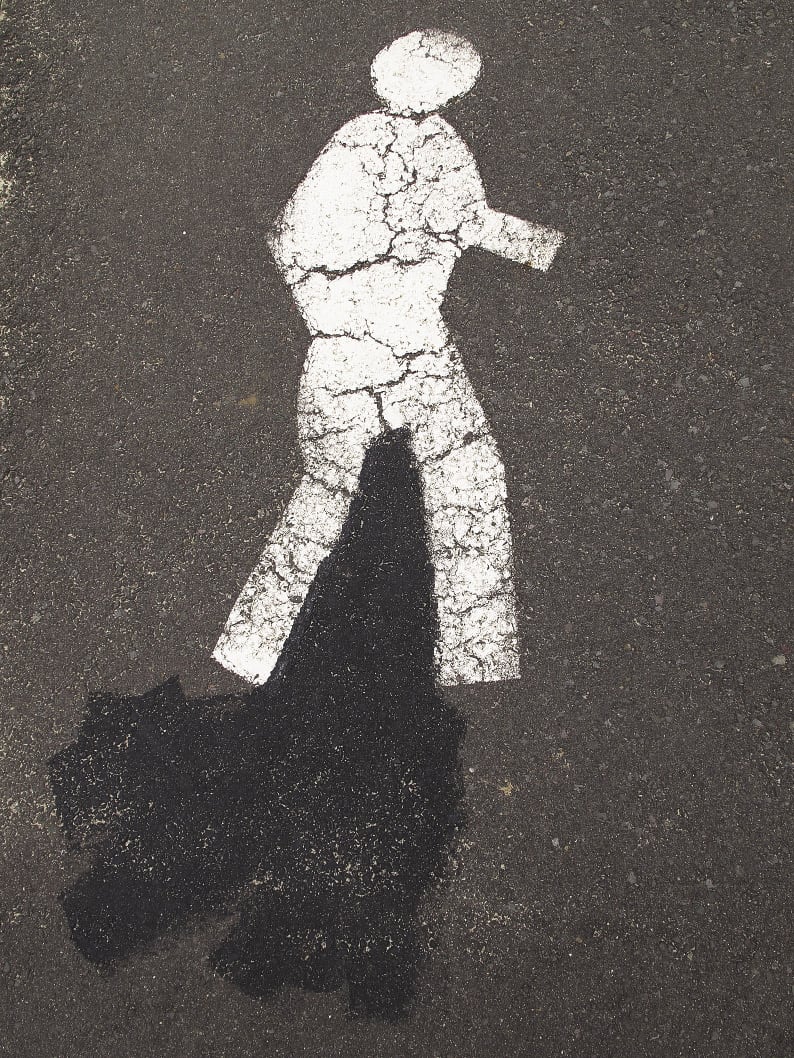 The photographic practice of Garry Trinh is built upon his daily routine of walking local streets. Tracing the lines of the city with only his camera, Trinh looks for surprises along the way. His practice is one of sustained, alert and patient walking; a state of being that grants him the opportunity to uncover often-missed moments. Trinh’s photography captures things often unnoticed by those in a car passenger seat: a van filled with balloons bursting to escape, a tree that is covered in chewed gum, a jumping castle absurdly perched on the roof of a store. Indeed, a strange and humorous visual language emerges from Trinh’s observations.

A nuanced form of local mapping also surfaces from these photographs; as Trinh walks his local suburbs he tracks the shifts within the neighborhood. For example, in the series Welcome Home 2007, Trinh recorded the fortification of homes in the western suburbs of Sydney as a result of persistent racist attacks made by the media toward the local immigrant population and the mood set by the then Federal Government’s ‘War on Terror’. The addition of rollers over windows of homes and the installment of residential alarms depict a community edging towards distrust. As Trinh describes, ‘the walks are like watching the daily news. I get to find out what’s happening on the streets and what’s going on in my local community’.5

Trinh builds a collection of innumerable singularities — signs of activity and negotiation within a fraught urban environment. I would also argue that the kind of survey undertaken by Trinh implies participation. His observations are not made with the detachment of the flâneur, observing from a distance; instead, walking becomes a mode of local thinking and engagement with the dynamics of public space. 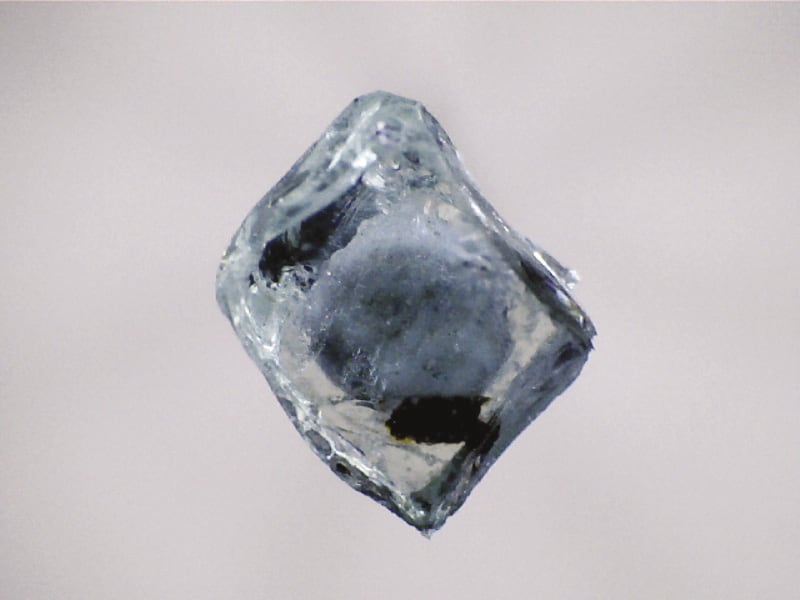 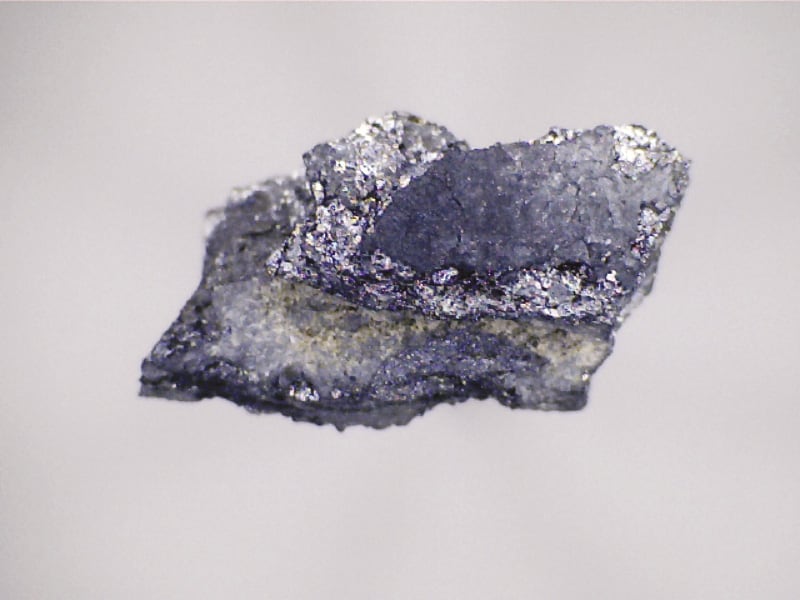 A similar mapping action takes place in the walks and works of Charlie Sofo. Obsessively collecting and recording objects found during his walks, Sofo draws on the poetics of the low-key and the incidental. Through myriad forms — recording the smells that emanate from houses during dinner time; noting the places in which he has found condoms or condom wrappers; collecting pieces of concrete junk; documenting the ‘desire lines’ or tracks worn by human and animal passage — Sofo’s walks grant him a unique view of the marks left by himself and those around him. Walking is a means of finding intersections between isolated actions and creates a point of contact. Sofo’s work hints at the vulnerability of the walker as a figure that not only observes their surroundings but is also constantly viewed by others, often glimpsed from a seat of a car. Unlike Trinh’s documentary-style photography, Sofo’s practice is underpinned by a yearning to search and make sense of his relationship to the place and people around him. As Michel de Certeau writes:

[Walkers’] intertwined paths give shape to spaces. They weave places together. In that respect, pedestrian movements form one of these “real systems whose existence in fact makes up the city.” They are not localised; it is rather that they spatialise.6

A similar kind of spatialisation is played out in Sofo’s 2010 attempt to walk the shape of a circle in his neighborhood of Northcote. One can imagine the fences and houses that would have blocked his path in his effort to navigate this curved shape — concessions would have had to be made. And, yet, in this we can also imagine the form of the jagged path written by Sofo, representing a map that responds to the walker as he tests these trajectories.7

Sarah Rodigari’s project Strategies for Leaving and Arriving Home 2011, in which she spent two months walking from Melbourne to Sydney, is a departure from the relatively amiable walking practices of both Trinh and Sofo. Inviting others to walk with her, Rodigari set off with a strict agenda and destination each day. Continuing Rodigari’s ongoing participatory arts practice, her project created a suitable framework with which to involve others. She engaged not only with those that walked with her but with the people that she met in towns along the way, who often provided her with food and shelter. Throughout the journey Rodigari described how the people that walked at her side changed the rhythm of her walking. In this way, walking becomes a malleable activity, sensitive to external participation.8 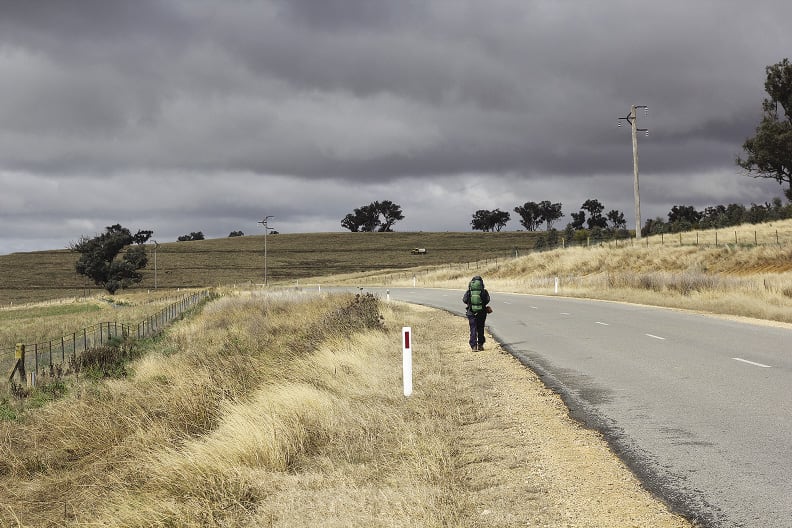 The simple rules that dictated Rodigari’s walk allowed her to only accept lifts to the next town (it must be noted that a fifteen minute drive was roughly equivalent to one day of walking). Battling the elements, Rodigari’s major challenge was often finding a place to spend the night. In this regard her project of self-imposed endurance connects with the New York-based artist Tehching Hsieh’s One Year Performance (Outdoor Piece) 1981–1982 in which Hsieh spent an entire year outside without entering a building — essentially walking the streets. While Rodigari’s walk was delineated by the mere fact of a destination, both Tehching and Rodigari’s rules turn walking into a means of survival so that performance and life becomes indistinguishable. Unlike Sofo and Trinh, who often exhibit the outcomes of their walks in a gallery context, Rodigari’s project was recorded through a blog. In Strategies for Leaving and Arriving Home, walking subverted the romantic notion of the lone wanderer on a pilgrimage; it was also a strategy that allowed Rodigari to work against her own physical and personal limits.

It is evident that a simple romanticism is embedded in all three of these artists’ walking practices. Although we can see that their walking has been informed by a long lineage of walking-based art projects both here and overseas, this is not their primary reason for setting out on foot. As Sofo suggests, ‘walking didn’t come out of an art historical point of view, it came out of a simple idealism’.9 For Sofo, walking is a simple proposition of agency that connects with his concerns of human responsibility toward our environment.

This political proposition is also present in Belgian artist Francis Alÿs’s project The Green Line (Sometimes doing something poetic can become political and sometimes doing something political can become poetic) 2004. Over two days, Alÿs walked through Jerusalem dripping a line of green paint from a can while following the ‘green line’, the armistice border that Moshe Dayan determined by -drawing with a green marker on the map at the end of the 1948 War of Independence.10 Alÿs literally created the line that still affects the Palestine and Israeli people today (this is most evident as he casually strolls past checkpoints). However, Alÿs’s line is liquid and -impermanent, dictated by his own steps.^11 His walk also documented residents going about their everyday lives and, in doing so, -highlighted the absurdity of this boundary. Fusing both the romantic and the political, Alÿs’s walking becomes a way to lightly intervene within the fabric of the city. With only a can of paint he draws out the politics that dictate our experience of space but also calls for a revision of these politics.

While the Fluxus movement’s walks focused on solo and introverted experiences (the physiology of your body moving through space), and the flâneur’s on a disconnected observation, the walks undertaken by the artists described here indicate that they seek intimate engagements with other human beings, achieved by connecting the foot to the earth and appreciating shared pathways. And, while we use shared spaces differently, Trinh, Sofo and Rodigari observe what occurs when these paths cross.

Liang Luscombe is a Melbourne-based writer and artist.