un Projects is based on the unceded sovereign land and waters of the Wurundjeri and Boon Wurrung people of the Kulin Nation; we pay our respects to their Elders, past, present and emerging.
un Projects
⇇
un 7.2 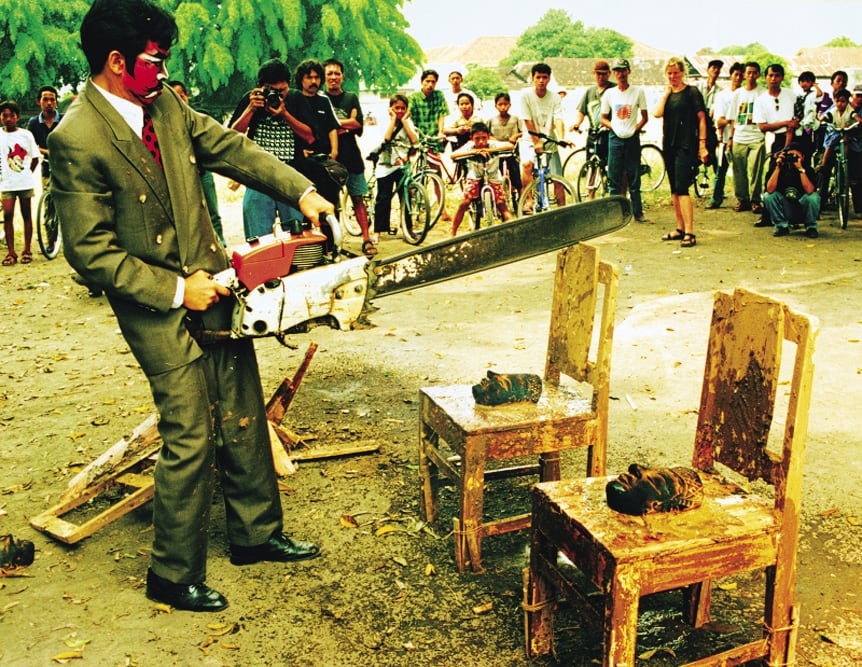 Mella Jaarsma and Nindityo Adipurnomo are artists and the Yogyakarta-based directors of Cemeti Art House, the art space they founded in 1988 in the front room of their house. Their aim for Cemeti was to exhibit new work and function as an information centre that promoted Indonesian artists over the longer term. Twenty-five years on, Cemeti is the longest-running privately owned artist-run initiative in South-East Asia. Cemeti is a hive of activity—a place to meet artists and curators in a city where contemporary art has no state-supported venues. I remember a day in February: staff from the Indonesian Visual Art Archive (IVAA) were scanning photos and slides from Cemeti’s archives and Mella was filtering works for a wall display. Ay Mey Lie and Vinita Ramani had recently arrived in Jogja from the Netherlands and Singapore for the art writers’ residency. Mella was meeting with House of Natural Fibre, Performance Klub and Heri Dono to talk through a one-night art party and how they might be involved. Her next-door neighbour was starting to build a raised bamboo stage that was also a bridge over the lane next door for the party. Hang out in Cemeti long enough and you’ll meet everyone involved in the Jogja scene. BG : There are many Australian artists now engaging with Indonesia, and Yogyakarta in particular, such as Dylan Martorell and Nathan Gray, Danius Kesminas working with Punkasila, and Alex Cuffe and Joel Stern who have worked on sound and instrument-building projects. Yet, most Australians don’t know Indonesia is a democracy.1 What do Australian artists, curators and arts managers encounter in Yogyakarta that doesn’t translate into other areas of Australian public life? MJ : In the art scene here everything is in private hands. New projects don’t stem from government policy, state-supported arts centres or galleries, and there are no subsidies. Only now is there any kind of government funding and it’s not directed towards individual artists. Until recently the government hasn’t been collecting Indonesian contemporary art, so there aren’t many important works available publicly in Indonesia. Many sit within private collections and internationally in Australia, Singapore and Europe. Spaces and initiatives pop up here because there’s a necessity for them. For example, Art Jog, the Yogyakarta Art Fair, is so successful because it started from young people who just did it; they created a market and an ongoing need. They have also found a way to push ambitious projects alongside their commercial model. BG : Looking through your archive has been an education in Indonesian art, in particular the screen-printed posters and invitations that were handmade for every show until the mid-2000s. Can we revisit some of your history? What propelled Cemeti’s ­foundation? MJ : When we started Cemeti in 1988 there were only four art spaces in Yogyakarta: a government-run space; the national newspaper, Kompas, had an art space; and then there were the Dutch and the French Indonesian cultural centres. The term ‘contemporary’ did not exist in Indonesia when we started. We used the term ‘modern art’ in contrast to how traditional Javanese art and batik were viewed. The way the terms modern art, traditional art and contemporary art are used in Indonesia is unusual and connects to colonial and post-colonial histories.2 In the 1980s there were art shops, but they would hang the space full of batik paintings displayed for tourists. In contrast, we wanted to show ‘modern’ art and our friends’ work from art school, like Eddie Hara and Heri Dono. BG : You say Cemeti’s first decade fulfilled a need for spaces and provided support for artists making work about their social and political context. However, in the exhibition Cemeti: Realities Archived (curated by Farah Wardani and Pitra Hutomo with the IVAA, February 2013), your history was categorised by chronological developments in groupings of ‘the state’, ‘Yogyakarta city’ and ‘art’. Much of what is written about Indonesian art follows this pattern in linking developments in contemporary art with political history. Are there other prisms for viewing your work at Cemeti? MJ : I think it’s interesting that people analyse things afterwards. When you are in the middle of the process you don’t categorise your approach. All those years, Cemeti was really alone as an art space in Yogyakarta. It wasn’t only the political or social focus that we were pushing; we were pushing as many things as possible. We wanted to show different visions, subjects and ideas, to show different ways to make and exhibit art, including looking at connections to life in the city, or in the village, to ritual, identity, the body, family and community, and how people work here. Or works related to tradition, or history, religion or different issues, or this idea of modern and contemporary art, colonial, post-colonial, regional networks and globalisation particular to Indonesia. I think people perhaps try to categorise or get a certain grip on what we have been doing that ‘fits’ historically. I don’t know if I totally agree with that approach. Running a gallery in the Suharto era (1988–1998) was necessarily political because it encouraged independent dialogue. Indonesian contemporary art, in particular, really began with these political actions and revolutionary ways of making. 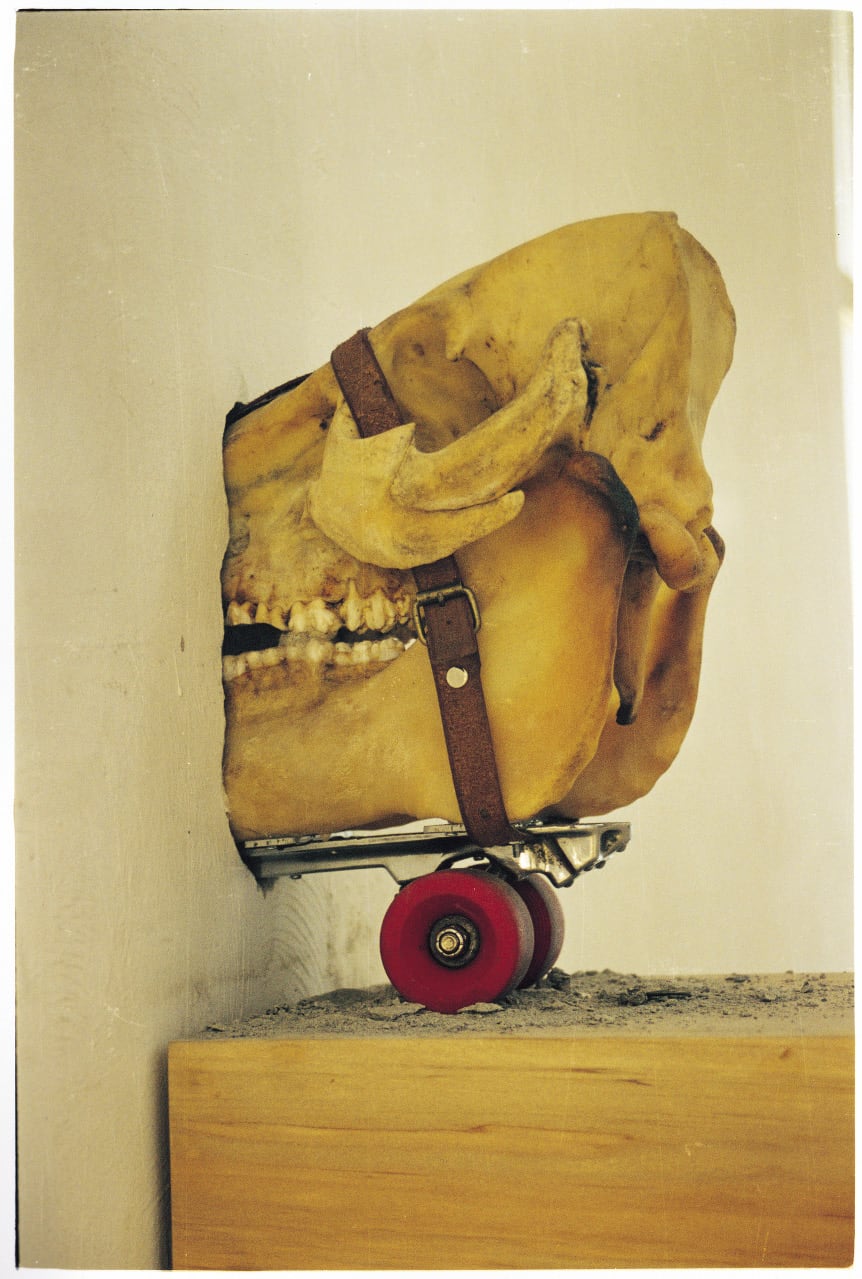