un Projects is based on the unceded sovereign land and waters of the Wurundjeri and Boon Wurrung people of the Kulin Nation; we pay our respects to their Elders, past, present and emerging.
un Projects
⤙
un 7.2 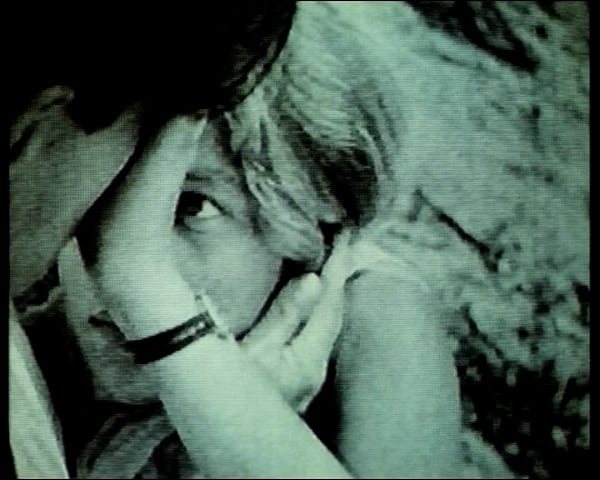 The Wretched of the Screen is a compilation of Hito Steyerl’s recent essays that look at the politics of aesthetics and the aesthetic turn in politics. Steyerl is one of only a few people acutely looking at the political dimensions of contemporary image making. In her influential essay ‘In Defense of the Poor Image’ she points to the way that image making in contemporary global capitalism is defined not by the advancement in technology that has made incredibly high resolution images possible, but rather by the significant speed at which low quality .jpg images can travel. Another essay included in the book is ‘Articulation of Protest’, in which Steyerl argues that protest must be evaluated by the language of articulation and the way in which this chosen language in turn shapes the protest. The politics of the image and the possibilities for representing politics were at the heart of Processing Disagreement, a joint project by OtherFilm and the Institute of Modern Art, Brisbane, which argued that artists have taken one of two approaches in their critique of moving images: deconstructing the power of moving images, or attacking popularised ones. Instead, this screening program advocated for artists who use both strategies. Processing Disagreement: Part One included (in order of appearance) Workers Leaving the Factory (Again) 2012 by Katharina Gruzei, Une Catastrophe 2008 by Jean Luc Godard, November 2004 by Hito Steyerl, and Election Collectables 2000 by Bryan Boyce. Workers Leaving the Factory (Again) is a stylised recreation of the Lumière brothers’ La Sortie des Ouvriers de l’Usine Lumière. Gruzei’s camera moves alongside a group of workers walking through a passageway, while fluorescent lights flicker overhead to create a disorienting effect. In combination with the pulse of the lights, the piece is edited to create the sense that the passageway is impossibly long. In the climax, the scene cuts to the workers standing still in the walkway facing the camera. In this defiant return of the gaze Gruzei breaks with her predecessors. Une Catastrophe by Godard also references the history of film (as well as revolution) with moments sampled from Battleship Potemkin and Menschen am Sonntag amongst others. Relying heavily on the use of the cut, within a single minute Godard transitions from images of war to lovers embracing, indicating—with the use of title slides—that catastrophe and amour are always intertwined. November is a video essay by Steyerl, woven from footage captured by the artist, found documentary material, and films such as Bruce Lee’s Game of Death. She narrates the story of her German/Kurdish friend Andrea Wolf, who starred in an early feminist martial arts film by the artist and later went on to become Sehît Ronahî, a Kurdish freedom fighter reportedly killed in combat with the Turkish army. It is also the story of the ‘travelling images’ of Ronahî/Wolf: as a filmic heroine, a freedom fighter, and a martyr. Steyerl tells the audience the way in which these images have been used to promote fictional truths and biased accounts using documentary footage. Meanwhile, in Election Collectables Boyce superimposed mouths on Al Gore and George W. Bush and recast them as infomercial talents pushing DIY election merchandise made from little more than cardboard and sequins costing upwards of fourteen thousand dollars. It is necessary to note the present tense captured in the title, Processing disagreement, which alludes to the fact that although these works include both strategies, they have not reconciled them and the act of ‘processing’ is active within the works. This was apparent not only within the works themselves but within the program, the transition between works was slightly jarring, particularly that between Steyerl’s November and Boyce’s Election Collectables– from a personal narrative that tells of the extralegal execution of Steyerl’s close friend to parodies of Gore and Bush as ‘Shoppe @ Home’ hosts. But this seemingly awkward transition was perhaps embedded within the logic of the program, replicating the hard cuts used within the featured works. It draws the viewer’s attention to the spark created at the moment when the previous image and the current image meet in the moment of the cut.1 Ellie Buttrose is the Assistant Curator of International Contemporary Art at the Queensland Art Gallery/Gallery of Modern Art, and sits on the board of Boxcopy Contemporary Art Space. [^1]: Hito Steyerl, ‘Articulation of Protest’, The Wretched of the Screen, Sternberg Press, Berlin, 2012, p. 91.
⇢
Zoë Croggon, Pool, West Space, 19 July – 10 August 2013
Robert Shumoail-Albazi
⇷
Ciao Giotto!
Tom Melick
Filed under Article Ellie Buttrose Hito Steyerl review
Advertisement
Advertise with un