un Projects is based on the unceded sovereign land and waters of the Wurundjeri and Boon Wurrung people of the Kulin Nation; we pay our respects to their Elders, past, present and emerging.
un Projects
⇇
un 12.1

Lately I’ve started driving around Tasmania again, making another film. Since 2009 I’ve made twenty-four of them, I can’t stop. Short, long, some seem unwatchable, nevertheless they record and become a record, a counter to so much that seems missing. They are my memory work.

Sometimes it is hard to start, to reverse out of my driveway and find a clear way, afresh, along roads with numbers, past gates with names, around places with their original Aboriginal names and purposes ploughed and purged and gotten rid of by the colonists. We Aboriginal people are this Country, like stolen cultural objects and ancestors’ remains we are charged, like a diverted stream, to find our way back to our proper course, homeland. Imperative impulse. The timeframe for return can be longer than living memory, and so be it. Filming offers the most freedom to use more senses, access different dimensions, challenge notions of fixedness. time/space, perspectives.

I form thoughts and test them on the drive, on who I encounter, on what I see. These become reminders; invocations to awaken and pay attention, they provide the tempo for these excursions past and through the living grounds, and the grounds of surrender of our ancestors.

Every convict, every colonist who arrived here before 1831 is complicit.

By complicit I mean party to, if not literally taking part in a Hunting Party, then not averse to the removal of my ancestors by violent means from their Country of more than 45,000 years. This was the status quo of this island.

LET not those suppose who live in town or in the less infested districts that they are not as intimately concerned and as imperiously called upon at the present juncture as they who reside in more remote and exposed situations.

The crafty and murderous disposition of the Savage of Van Diemen’s land, if permitted longer to go unchecked, would soon spread from one advance to another gathering boldness every time, until at last our towns and inmost sanctuaries would be subject to their invasion, would become valueless, and the colony would no longer be worth continuing in.
— Hobart Town Courier, 11 September 1830

In 1830 and 1831 the inhabitants of the various districts of Richmond, Cornwall, Great Swanport, Campbell Town and New Norfolk in Van Diemen’s Land signed petitions to the Lieutenant Governor George Arthur, of either entreaty to remove the Aborigines, or of gratitude to the Government for having done so. Persistent Amnesia is not an option.

Here are the names of the signatories. Lest they be forgotten too. The Landed proprietors and others, resident in the Police District of New Norfolk 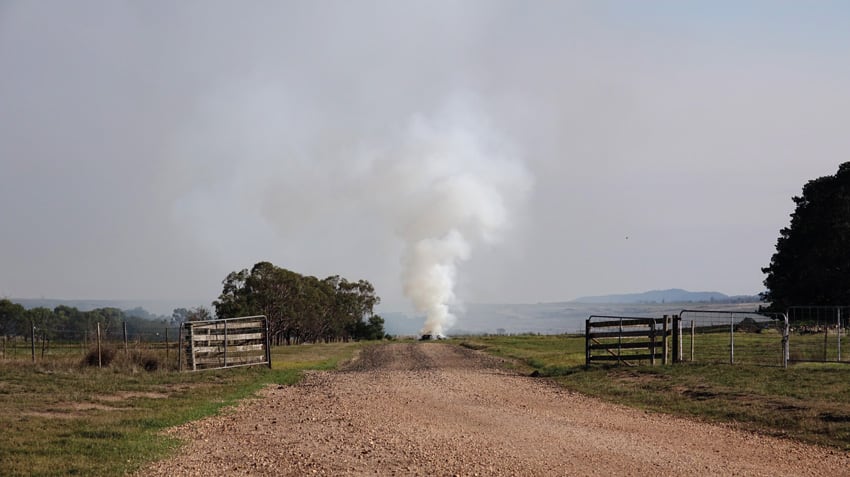 The inhabitants of the District of Richmond, Van Diemen’s Land

Until the colonists own their history, recognise themselves, I will keep being the scratch they cannot itch. I will unsettle them. I will not be diverted or subside

Those incoming were not settlers, their arrival was not benign, they did not settle, they invaded and colonised and exiled and dispossessed and murdered and tried to cover bloodshed and grief with amnesiac prideful invented foundation stories. This brings us to where we all find ourselves today, in our awkward dance, our stand off, our cross-cultural impasse. But there is a shift, winds of change are forecast between us. We must save places together, takayna / Tarkine.

My art shines a light on the dark past. It is a weaving, an attempt to demonstrate our reality, that good and bad cohabit here. This juncture between is a gap I aim to fill with something other than silence. The process of revisiting sad, sorry, forgotten, unresolved, angering stories to make new (art)work also often returns me to Country, and this can be the good. The return to terrain not walked sometimes for generations brings an awakening, energy, self reliance, a refusal to let it wear me down. This shines a light, brings impetus, keeps me going.

What has gone before may not be lost forever, there are traces and threads, that can be twined again, like the reawakening of our nokegerrer (basket weaving) made from the traywooner (flag iris). What once seemed blurred and indistinct is slowly coming into focus. With each new artwork I read Country better, know what will welcome me, feel it happening around me, life.

Dr Julie Gough is an artist, independent curator and writer based in Hobart. Gough’s research and art practice often involves uncovering and re-presenting conflicting and subsumed histories, many referring to her own and her family’s experiences as Tasmanian Aboriginal people. www.juliegough.net