un Projects is based on the unceded sovereign land and waters of the Wurundjeri and Boon Wurrung people of the Kulin Nation; we pay our respects to their Elders, past, present and emerging.
un Projects
⍅
un 10.1

Material co-existence: beyond materiality and agency 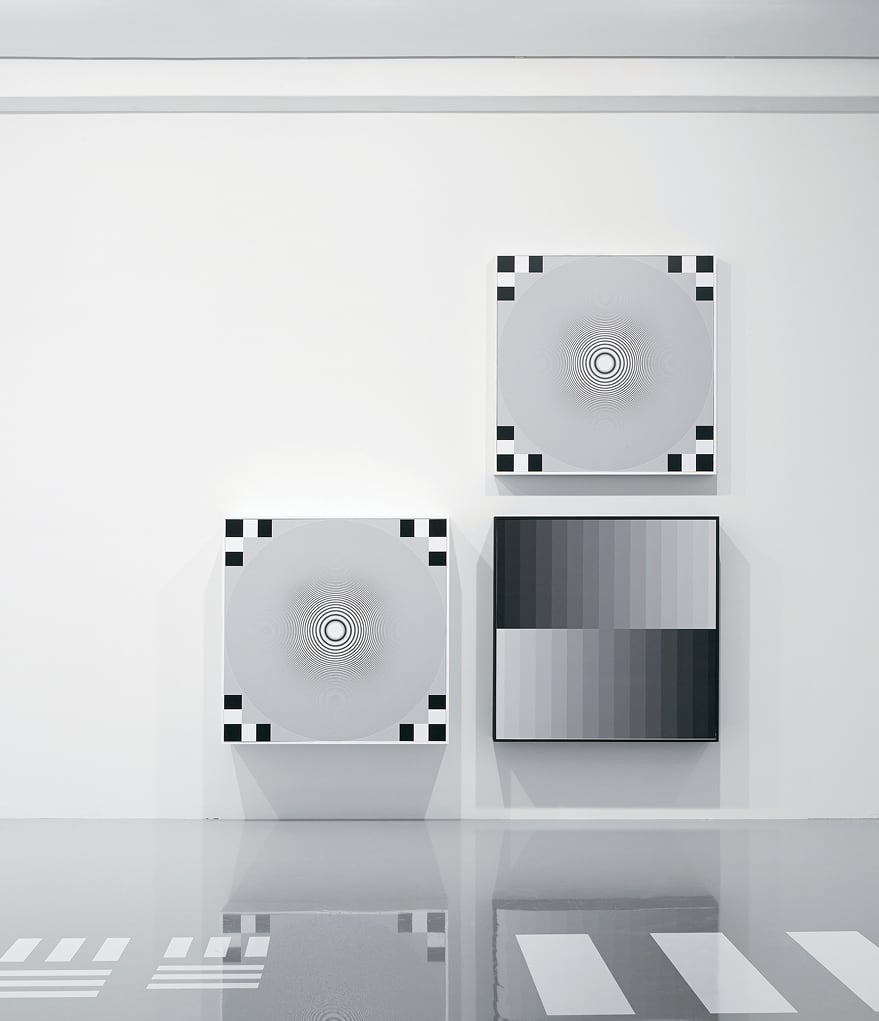 Contemporary art discourse is increasingly embracing recent theoretical trends that call for a focus on materialisms and material ontologies. In Melbourne in the last year alone we have seen the Transversal Practices conference on New Materialisms (and its satellite projects) alongside large institutional exhibitions that included The Biography of Things (2015, acca), Technologism (2015, muma), and Pierre Huyghe (2015, TarraWarra Museum of Art). All of these are underpinned by an ethos to take the dynamism and importance of the non-human world seriously. An umbrella term for this movement is the ‘material turn’ (MT): a rejection of the linguistic focus of Modernism and Postmodernism, as well as a destabilisation of the human exceptionalism of Humanist thought. While the ‘material turn’ is more commonly used to refer to the emergence of material culture studies, it is used here to gather together theoretical trends such as New Materialism, Object Oriented Ontology, Speculative Realism and Post-humanism. Within the MT, I find the ecological and relational perspectives most productive because they seek to capture the entangled, mutually dependent web of relationships that surround us. Examining the particularities of this connective tissue opens up a rich field of possibilities for making and thinking about art. Yet in applying these theoretical perspectives to artistic discourse there is a tendency to rely on, and become trapped by, categories that prevent a deeper poetic and critical discussion. By unpacking the terms ‘materiality’ and ‘agency’ we can see how, although sometimes useful, their overuse can obscure the multiple layers of relationships, social and non-social, that pervade our experience of the world.

‘Materiality’ is widely used within artistic discourse to refer to the physicality of things, to capture a kind of productive force that material things share. Such a broad meaning allows for parallels to be drawn between many different kinds of things, be they physical objects or digital media. It is the state of physicality, rather than the specifics of a particular material, that therefore foregrounds translation and transformation. It becomes useful to think through the simulations of digital media: for example in the way images and objects circulate and transform in Hito Steyerl’s video, How Not To Be Seen: A Fucking Didactic Educational .MOV File (2013), as part of the Technologism exhibition. The boundaries between the physical and digital worlds blur, a situation emphasised in Technologism, where the video extends into sculptural installation. Yet the tendency to rely on materiality as shorthand for physicality can homogenise the vast variability of the material world. For the anthropologist Tim Ingold, speaking through ‘materiality’ abstracts away from actual physical experience, leading to the invisibility of the qualities and properties of material themselves.1 Materiality is something ‘out there’, formless and separate from its interactions with the world. Ingold argues that this perpetuates the divide between the mental and the physical, emphasising the consumption of static objects rather than the production and fluidity of things.2 To counteract this view, he advocates a language that attends to the materials themselves first, a perspective that views the world as ‘an ocean of materials’, continually moving, changing and forming.3 Here materials aren’t static or ahistorical, they are always caught up in entangled relationships of change. He encourages thinking like a craftsperson, in which new forms emerge, not from imposition of design onto inert matter, but from a ‘process of correspondence’ between materials and humans, a push and pull, an entanglement.4 Ingold’s writing provides an important reminder that to do justice to the physical world, artistic discussions need to privilege the phenomenological way in which we, as humans, experience our environment and the materials of the world. Kirsten Pieroth’s boiled and bottled copies of The New York Times, in her Conservation Piece (2010) in The Biography of Things, embody this material and relational perspective. The viewer is presented with a deconstructed language through physical reorganisation of the newspaper. Laid out like a school science experiment, the social and symbolic power of The New York Times becomes so fragile, with different issues and opinions only manifesting in the colour of the liquids. The newspaper is no longer a singular object, but a material state, one possible structure. Things are never finished artefacts but bundles of materials that interact with other bundles. From this perspective, talking of ‘materiality’ moves the conversation away from a direct experience, as well as the properties of materials themselves. While ‘materiality’ can be a vehicle to capture a particular mode of representation, it can get lost in a miasma of abstractly speaking of the ‘thingness’ of things, without a specific understanding of what this means. This perpetuates a stasis and can also lead to a reductive application of ‘agency’ onto things and objects.

A central task of those associated with the MT is to describe an active world, in which humans are not alone as actors. Theorists like Bruno Latour have popularised the notion that the material world has agency alongside — and with — that of the social world.6 Yet, while a deep analysis of the entangled connections and correspondence of actions that includes nonhuman alongside the human is important, the concept of ‘agency’ has a tendency to become a homogenous category that doesn’t necessarily allow the quality and form of these influences to become obvious.7 This is because agency is not a uniform ‘thing’ that can be held, but a particular kind of interaction. This notion of agency emerged from the social sciences in the mid-twentieth century to describe the way in which individuals can or cannot choose to act within the wider social and cultural structures.8 Emphasising questions of freedom, free will and choice, it has, at times, been criticised for being closely related to Western notions of autonomous individuality.9 This is important because it shows that agency is a culturally specific frame of reference not a neutral description. To speak then only of the ‘agency’ of objects and other non-humans gives an overly broad and limited understanding of the multiple forces that channel actions. While it is not uncommon for objects to act as social persons in certain situations, conceptualising matter in terms of an autonomous actor can have wide ramifications.10 Using agency broadly, and without differentiation, not only simplifies narratives, but can also hide the social inequalities built into the contemporary world. The material world channels human actions, but ascribing agency to matter can also conceal the kinds of social relationships that are held within things. Alf Hornborg, an ecological anthropologist, uses the term ‘technofetishism’ to argue that the personified representation of technology works to perpetuate embedded economic and power structures.11 This highlights that presenting things as having agency is not a radical departure from modernist thought. Hornborg draws on Marx’s definition of the fetish within capitalism, which describes the objectification of human relations: a way in which the social relations built into a commodity are obscured.12 A classic example is the way in which money materialises a social relationship, or the way that this laptop I’m currently using is the product of a highly complex assemblage of social, economic, infrastructural and geopolitical relationships. Hornborg argues that, not only are social relations objectified by technological commodities, but those commodities are personified and represented as having autonomous agency.13 This goes back to the roots of modernity, where histories of the Industrial Revolution focus on the adoption of fossil fuels and other natural forces but forget the fundamental role of global, social and political structures.14 Technological progress is imagined as an objective progression above and beyond social and political arrangements; a natural phenomenon reliant on ingenuity alone.15 Such representations slip into obscuring the ways in which technological progress relies on institutions, infrastructure and power relationships. Aleksandra Domanović’s from yu to me (2014), recently shown in Technologism, presents a path toward capturing such an entanglement. Through a documentary-style form of film, it dissects the confluence of different factors that surrounded the Yugoslavian internet domain name .yu in the midst of the country tearing itself apart. It brings to light the women computer scientists who worked to bring about and maintain the collective domain name. In presenting the convergence of different factors that marked the emergence of a global internet, technological transformation is not a totality, rather it is grounded in the particularities of the social, cultural, historical and political climate. From yu to me wonderfully describes the variable emergence of the Internet and how it becomes a material force in and of itself.

the art historian’s goal is to provide readers and viewers with conditions for more open-ended hermeneutics or interpretive play, postponing the final displacement of the visual by the verbal’. — Ladislav Kesner16 The condition of art writing feels like one of perpetual failure, of hoping to capture something about an artwork without reducing it to that description. With this struggle though comes the possibility of opening up an artwork to a broader set of perspectives, of forging new connections. On a large scale, my concern with labels like ‘materiality’ and ‘agency’ is that they can replace other descriptive modes, locking artworks into a particular theoretical perspective and displacing the artwork itself. In particular, this is exacerbated when the labels themselves work against the intentions of the artwork or discursive argument. These terms do not capture the interconnected multiplicity of the material world; they can flatten the small narratives and differences, the push and pull of materials. In doing so they stop the search for new and more poetic forms of description, a restless attempt to understand the dynamism of our entangled lives.

Anatol Pitt has a degree in anthropology and art history from the University of Melbourne and is a fine art undergraduate at the Victorian College of the Arts. The companion piece to this article Moss, thoughts on entanglement, representation and the material world, that imagines the relational intersection of self, moss garden and artistic practice is available online as part of un Extended 10.1.