un Projects is based on the unceded sovereign land and waters of the Wurundjeri and Boon Wurrung people of the Kulin Nation; we pay our respects to their Elders, past, present and emerging.
un Projects
↽
un 6.2 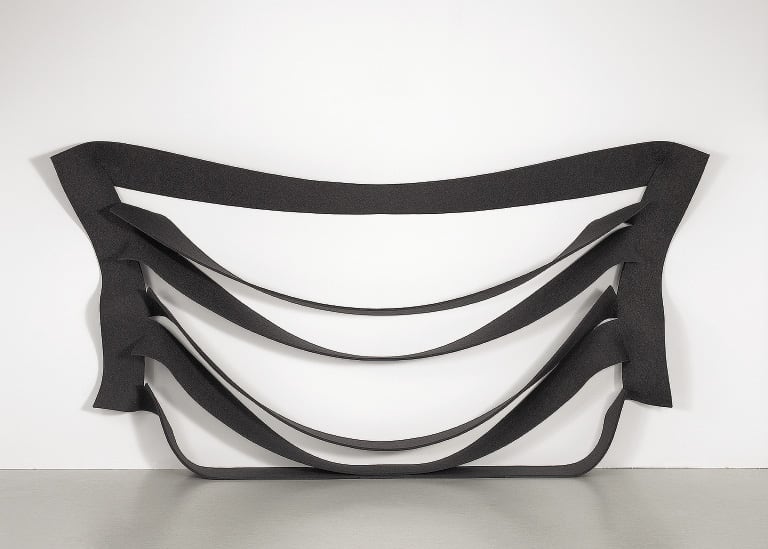 In ‘The Artistic Mode of Revolution: From Gentrification to Occupation’, an article published in the March edition of e-flux journal about the relation between ‘creatives’ — artists, art writers, curators, artisanal brewers, bakers, and baristas (who have the social capital in Melbourne that philosophers have in France) — and the protests of the Occupy movement, Martha Rosler writes: ‘The artistic imagination continues to dream of historical agency.’1 Rosler’s article is a critique of Richard Florida’s ‘creative class’ thesis, in which young, educated, underemployed and economically marginal ‘creatives’, who rejuvenate low-rent neighbourhoods with creative enterprise, are a ‘remedy for urban desuetude’.^2 Rosler writes that in Florida’s thesis, artists are not agents of social transformation outside this process of gentrification.^3 Simultaneously, Rosler critiques forms of social practice in contemporary art:

Schools have gradually become the managers and shapers of artistic development; on the one hand, they prepare artists to enter the art market, and on the other, through departments of ‘public practice’ and ‘social practice’, they mould the disciplinary restrictions of an art that might be regarded as a minor government apparatus.^4

Artists are without agency in Florida’s thesis, and artists engaged in social practice are not the agents of emancipation they envisage themselves to be. To this impasse, Rosler would exhort ‘Occupy’. Writing of artistic engagement with the Occupy movement’s protests against the precarisation of work in late capitalism as an incarnation of the historical agency of artists, art writers and curators, Rosler suggests that ‘creatives’ infuse the Occupy protests with not only a training in design and branding, and often a knowledge of historical agitprop and street performance, but also the ability to work with technological tools in researching, strategising, and implementing actions in virtual, as well as physical spaces.5

Rosler envisages the historical agency of artists, art writers and curators to be in the instrumentalisation of their labour: in political action, and not in creating works of art. Elsewhere, she asserts the opposite. In the 1960s and 1970s, Rosler created a series of photomontages, Bringing the War Home: House Beautiful 1967–1972, which critiqued the Vietnam War.6 In 2012, the political efficacy of artistic work in a critique of late capitalism that Rosler elucidates in ‘The Artistic Mode of Revolution’ evokes Robert Morris’ critique of ‘repression, war [the Vietnam War] and racism’ in his art strike of 1970.7

In May 1970 in the United States, suffused with news of the expansion of the US invasion of Vietnam into Cambodia, the shooting and killing of protesting students by the National Guard at Kent State and Jackson State, labour strikes, and antiwar and student protests, Morris dismantled his solo exhibition at the Whitney Museum of American Art two weeks early.8 Morris’ art strike presents us with a contradiction: the works he created for the exhibition were politicised, but their political efficacy was then negated through his action of dismantling of the exhibition. Morris created six new works for the exhibition: four steel-plated sculptures and two site-specific installations. Julia Bryan-Wilson writes of the site-specific work in the exhibition Untitled [Concrete, Timbers, Steel] 1970 — a work created with concrete blocks, steel rods and rows of timber — and reflects on their unstable and contingent form in reference to their political significance. As support, Bryan-Wilson refers to Morris’ 1967 essay ‘Notes on Sculpture, Part 3’, in which Morris writes: ‘Openness, extendability, accessibility, publicness, repeatability, equanimity, directness, and immediacy … have a few social implications, and none of them are negative.’9 As Bryan-Wilson suggests, this essay is a written program for Morris’ process works of the late 1960s, such as Untitled [Concrete, Timbers, Steel] and the felt work Untitled 1970, which is in the collection of the National Gallery of Victoria and currently installed in the exhibition Less is More: Minimal and Post-Minimal Art in Australia at Heide Museum of Modern Art.

Untitled 1970 consists of a rectangle of grey industrial felt into which five horizontal lines are cut; bolted to the gallery wall, the ribbons of felt created by the cuts droop to the floor and, as such, the drape of the felt and thus the form of the work are contingent on gravity and the inimitability of its installation at Heide.10 Morris writes in the essay ‘Some Notes on the Phenomenology of Making’, that the infusion of chance and gravity into the work of art, such as in Untitled 1970, displaces the work of art as ‘all made by hand’.11 This makes evident, as Bryan-Wilson has also noted, that the artist has stepped aside for more of the world to enter into the art and that this relinquishing of control in Morris’ process works express a desire to have the works take place in an arena of social and political relevance.

However, this political efficacy of the work of art is negated by Morris’ action of shutting the exhibition down. In a statement to the Whitney, Morris wrote:

This act of closing … a cultural institution is intended to underscore the need I and others feel to shift priorities at this time from art making and viewing to unified action within the art community against the intensifying conditions of repression, war and racism in this country.12

In this statement, Morris differentiates between the production and viewing of works of art from political action as if the creation and viewing of art were not themselves actions that could be emancipatory. On Frank Stella’s dismantling of his retrospective at the Museum of Modern Art one week early on 22 May 1970, a week after Morris, Mark Godfrey commented that ‘the only way to make painting’s activity critical was to shut down an exhibition’.13 Morris’ strike makes evident that, at least to Morris, the political efficacy of art is not in art as a specialised activity, but in the work of art as an instrument. This is evocative of a famous ‘rumour’ in the history of art where, during the Dresden uprising of May 1949, Mikhail Bakunin advised the revolutionary government to take Raphael’s Sistine Madonna and works by Murillo out of the museum and hang them on the barricades, for the reason that the advancing Prussians were ‘too cultured to dare to fire on a Raphael’.14 In Bakunin’s military strategy, and Morris’ art strike, the work of art is transformed into an instrument.15

In contrast to the instrumentalisation of artistic labour that Rosler writes about in ‘The Artistic Mode of Revolution’ and Morris’ transformation of the work of art into an instrument during his art strike at the Whitney, Jacques Rancière writes of radical workers in France in the 1840s who read and wrote ‘high’ literature. Rancière suggests that the worker who had never learned to read and write and yet tried to compose verse to suit the taste of his times was perhaps more of a danger to the prevailing ideological order than a worker who performed revolutionary songs.16

In reading and writing ‘high’ literature, these ‘worker poets’ ‘[refuse] to be contained by the confines of what a worker is, or is supposed to be, do, or say’.17 As Kristin Ross writes, emancipation is the ‘right to occupy the terrain the bourgeoisie had carefully preserved for itself: the terrain of aesthetic pleasure’, and not the occupation of the workplace.^18 The workers of whom Rancière writes evince the political efficacy of the ‘terrain of aesthetic pleasure’, of art as a specialised activity. This contrasts with Morris’ opposition between art making and viewing, and action, in his statement to the Whitney.

Questions about the historical agency of artistic work elicited by Rosler’s article and Morris’ strike are essential when the present precarity of that work under late capitalism demands, as Rosler herself says, critique.19 Morris may have negated his works of art and their political efficacy in striking, but the art historical imagination of this writer continues to dream of the historical agency of art as a specialised activity (what this specialised activity is, is an interminable question).

Amelia Sully is an Honours student in art history at The University of Melbourne.

1. Martha Rosler, ‘The Artistic Mode of Revolution: From Gentrification to Occupation’, e-flux, 33, 2012, http://www.e-flux.com/journal/the-artistic-mode-of-revolution-from-gentrification-to-occupation/, accessed 3 October 2012.
5. Rosler writes, ‘The mode of production, we remember, includes the forces of production but also their relations, and when these two come into conflict, a crisis is born. If the creative-class thesis can be seen as something of a hymn to the harmony between the creative forces of production and the urban social relations that would use them to the benefit of cities bereft of industrial capital, perhaps the current grass-roots occupations can be seen as the inevitable arrival of the conflict between the creatives and the city that uses them', ibid.
6. Tom Wilson, ‘Paper Walls: Political Posters in an Age of Mass Media’ in Elissa Auther and Adam Lerner (eds.), West of Centre: Art and the Counterculture Experiment in America, 1965–1997, University of Minnesota Press, Minneapolis, 2012, pp. 170–172.
7. Robert Morris cit. Julia Bryan-Wilson, Art Workers: Radical Practice in the Vietnam War Era, University of California Press, Berkeley, Los Angeles and London, 2009, p. 113.
8. Bryan-Wilson, op. cit., pp. 83–125.
9. Morris cit. ibid., p. 92.
10. Untitled wall text, Less is More: Minimal and Post-Minimal Art in Australia, Heide Museum of Modern Art, Melbourne, 3 August – 4 November 2012.
11. Morris cit. Bryan-Wilson, op. cit., p. 92.
12. Morris cit. ibid., p. 113.
13. Mark Godfrey, Abstraction and the Holocaust, Yale University Press, London 2007, pp. 80–82.
14. Asger Jorn cit. Tom McDonough, The Beautiful Language of My Century: Reinventing the Language of Contestation in Postwar France, 1945–1968, MIT Press, Cambridge, 2007, p. 114.
15. Ibid., pp. 99–134. Jorn cit. ibid., p. 114.
16. Rancière cit. Kristin Ross, ‘On Jacques Rancière’, Artforum, 45, no. 7, 2007, p. 254.
17. Ross, op. cit., p. 254.
19. Rosler, op. cit.
➸
The Moskulls
Scott McCulloch
↞
In Pursuit of Philanthropy
Amelia Wallin
Filed under Article Amelia Sully
Advertisement
Advertise with un