un Projects is based on the unceded sovereign land and waters of the Wurundjeri and Boon Wurrung people of the Kulin Nation; we pay our respects to their Elders, past, present and emerging.
un Projects
⤆
un 6.2

What’s in a Name: Catherine or Kate; or Catherine Sagin; or Fiona Mail? Catherine or Kate is a double act comprising Catherine Sagin and Kate Woodcroft. The duo define their artworks in terms of winning and losing, and play out the division of labour in an artistic practice that employs video, performance, photography and sculpture. Catherine or Kate utilise combative and comparative processes, which challenge notions of artistic collaboration and highlight the inherent tensions and competitive nature of working together. This relationship becomes the fodder and fuel to their practice as they stage a fencing duel or survey service attendants about which of the artists they consider the most physically attractive.

Catherine or Kate is the current moniker of the duo, however the artists began working together under the nom de plume ‘Fiona Mail’ in 2008 while studying. They describe the sense of relief and freedom they experienced when relinquishing their individual naming rights by constructing a phantom-self to represent the face of the practice.1 This pseudonym also functioned to name a ‘third space’ for the collaboration, distinct from their solo practices, which Catherine and Kate were still maintaining at that time. Perhaps ironically, then, the artists manifested as themselves in the live performance work credited to Fiona Mail, I’ll be honest with you ok. I just need a body next to me. That’s all I need, you need it as much as I do 2009. Employing endurance tactics where the body remains as static as possible, Catherine and Kate stood face to face in a street-front display window, each locked into 20kg ball-and-chains, listening to the audio from Vito Acconci’s video work Theme Song 1973 for periods of ninety minutes. The artists’ bodies here function as both a stand-in for subjectivity and as a semiotic sign,2 operating in relation to the histories of conceptual art and performance. With comparable physiques, and dressed similarly in black T-shirts and jeans, the performance enacts both a mirroring of Catherine and Kate’s subjective positions and the inter-subjective space between them. Although standing face to face, it is the duo’s non-engagement, the muteness of their bodies on display and their position of subjection, which become the key themes here. A subtle humour is evident, stuck listening to Acconci for hours on end, the artists endure the weight of conceptual art’s history while also enacting its enduring legacy.

In a similar way, We are always trying not to repeat ourselves 2009 directly appropriates a video interview with UK collaborative artists Paul Harrison and John Wood and functions as both homage and parody.3 In the original video, Harrison and Wood utilise the body as a formal prop that initiates humour, largely created by the disparity between the artists’ physical appearances. Restaging the video by placing themselves in the positions of Harrison and Wood, Catherine and Kate appear as young and gauche. In a somewhat pathetic and humourous way, they re-enact the work, highlighting the translation from famous to obscure, established to novice, international to provincial and also male to female artists. Catherine and Kate discuss this work in relation to their ‘desire for success and a fascination with … Paul and John’s work’.4 As such, they are interested in the discursive and social contexts of art and the unforeseen outcomes of such exchanges — this work eventually leading to the artists undertaking a mentorship with Harrison and Wood.5 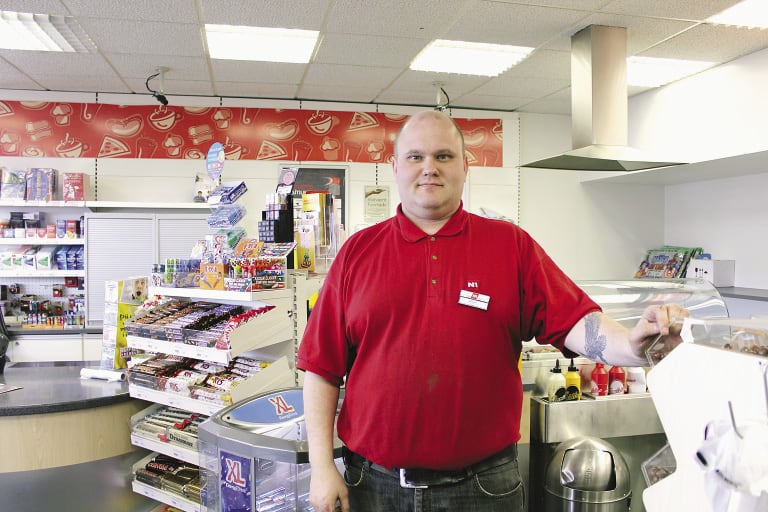 In 2010, watched by hundreds of spectators, Catherine and Kate performed a live duel as Fiona Mail at Brisbane’s Institute of Modern Art. The prize — won by Sagin — was naming rights of the collaboration for a period of one year. Each of the artists engaged in this mock play in all seriousness, as if her artistic career depended on the outcome. In the video Duel 2010 we see the artists engaged in a ten-minute fencing bout. Sparring, the jarring rhythms of thrust and parry replay the tension between the artists as they stake out their nom de guerre. Leading up to the bout, the pair undertook formal lessons and investigated the history of fencing as both a competitive sport and as staged conflict in theatrical settings.6 The artists engaged in the spectacle of the performance and the associations of masculinity, violence, play and romance inherit in the medium of fencing. The staging of this conflict within the context of Fresh Cut, the foremost emerging artist exhibition in Queensland, is significant — the work playfully enacts the potential parry and thrust of the ‘emerging artist industry’ where careers are sometimes staked out in competitive rather than collegial terms. Furthermore, the expectation of ‘putting on a good show’ for the punters is ironically and deliberately performed by the artists. The relationship between the duo, our sympathy for the loser and congratulations to the winner, are elaborated on in the social setting of the local art scene — are you on team Catherine or team Kate? The collaboration became a relationship ‘story’ followed by the public, rife with speculations about tension between the artists and potential break-ups. The naming rights of ‘Catherine Sagin’ expired in September 2011; henceforth, the duo took up their current moniker of Catherine or Kate, playfully mimicking a (royal) romance that was under media scrutiny at the time.

It is the sharing of a first name from birth, one a formal and the other more familiar form, coupled with a synchronicity of experiences and interests, which brings the two artists together. In this way, two become one; similarly, the collaborative practice has replaced the solo endeavours of the artists. The notion of a shared identity that is formed by collaborations such as Catherine or Kate, is one that sometimes complicates the business of making work; while many hands may make light work, too many names may complicate matters when it comes to institutional protocols. This becomes apparent in contractual agreements, the payment of artist fees, the billing of exhibitions, not to mention the logistics of undertaking formal academic study collaboratively. In speaking of, or to, the artists, one often falls into semantic no man’s land. In Catherine or Kate, the ‘or’ describes an interstitial space, a process of replacement, as if one is as good as, or designates the same subjectivity as, the other. It also describes the competitive and comparative strategies utilised by the duo to undercut the homogeneity of the proper name and to challenge conventions of collaboration. In Survey 2011, made during a residency in Iceland, the artists drove the northern route from Seyõisfjörõur to Reykjavik, stopping at twenty service stations along the way and asking the attendants at each one which of the artists they considered better looking. In works such as these, Catherine or Kate extend this dynamic of the either/or, for-or-against.

Collaboration is often described as an enterprise ruled by threes, with the space between partners taking on a presence of its own, whether hand, mind or body. Marina Abramovic and Ulay describe this as a ‘third force’,7 while Charles Green defines the ‘third hand’ as ‘an artistic identity superimposed over and exceeding the individual artists’.8 Brion Gysin and William Burroughs describe the ‘third mind’ as:

the complete fusion in a praxis of two subjectivities, two subjectivities that metamorphose into a third; it is from this collusion that a new author emerges, an absent third person, invisible and beyond grasp, decoding the silence.9

For Burroughs and Gysin, such a strategy operates as a negation of the all-powerful author,^10 creating a tertiary space, which opens up alternative means of production and allows new possibilities to emerge. Catherine or Kate’s consistent use of competition and comparison as performative strategies acts to problematise and critique this notion of the collaborative third hand as a fusion of subjectivities. Competitors in a ‘three-legged race’ is perhaps a more apt descriptor of such a strategy — the duo is tied together, and in struggling to find the optimum speed forward, they fall over, laughing, and then pick each other up.

Today, visual art institutions continue to privilege the individual artist and trade on the currencies of ‘originality’ and artistic persona, despite the challenges that these tropes have undergone. One could argue that when it comes to artist collaborations, the exchange value of the artist’s signature is not broken down but rather replaced by the significant ciphers of ‘difference’, ‘dialogue’, ‘teamwork’, even ‘mate-ship’, which collaboration denotes (and which are commodified in much the same way as the ‘heroic, original, individual’ artist). The continual transformation of the collaboration and its moniker by Catherine and Kate, serves to both perform and undercut the accumulated capital and artistic investment within this ‘proper’ name of the artist. The many manifestations of Catherine Sagin and Kate Woodcroft perform the changeability of name and persona, which can be slipped on or off, depending on the mood or circumstance. Constructed as a fictional double act, Catherine or Kate role-play the social and conceptual position of the ‘artist’, whose primary function is to ‘make art’. This claiming of a proper name and, subsequently, artistic identity, reveals art-making as a competition where the winner and loser take their place. However this positioning is only ever provisional, and Catherine or Kate, as did Catherine Sagin or Fiona Mail before them, continue to disrupt the distinctions between individual and shared performative identity.

Rachael Haynes is a Brisbane-based visual artist and arts writer.